The 1958 New Year's Eve Riots were the beginning of the Civil War between Atlas and Andrew Ryan for control of Rapture. The attacks started an economic crash and disruptions throughout the entire city, as the panic from the violence caused citizens to withdraw their money out of the banks, and stop going to work and buying many consumer goods. Many banks folded, resulting in the closure of many businesses due to lack of patrons.[1] More citizens began to splice out of fear, creating a much more unstable populace. It was just the start of the rampaging murder and violence which brought the city to near ruin. 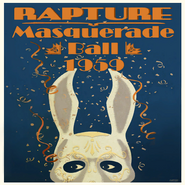 Retrieved from "https://bioshock.fandom.com/wiki/1958_New_Year%27s_Eve_Riots?oldid=297267"
Community content is available under CC-BY-SA unless otherwise noted.