“Luxury because you deserve it.”
― Advertisement for Bathyspheres DeLuxe

Bathyspheres DeLuxe is a large Bathysphere dealership located in the Housewares department of Fontaine's, visited during Burial at Sea - Episode 2. This store specialized in luxurious personal Bathyspheres created and produced by Fontaine Futuristics, and also serves as a hub for recreational businesses such as the Silver Fin Restaurant and the Manta Ray Lounge. 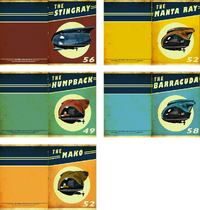 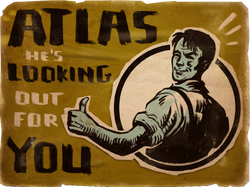 Bathyspheres DeLuxe sold bathyspheres to suit the personalities and lifestyles of wealthy citizens, from busy businessmen and their wives, to playboys and debutantes. The watercraft came in colorful, flashy designs similar to the cars of the 1950s. Many of these Bathyspheres never got to leave the showroom, as the closing of the store left the new Bathyspheres inaccessible to the department store's customers, and the shutdown or reorganization of the company and then the Civil War stopped production completely. It was managed by Kay Flannigan.[1] After the department store was changed into a prison, Atlas and his followers took up shop in this facility, but most parts ultimately got run over by Splicers. 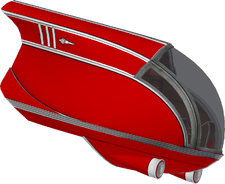 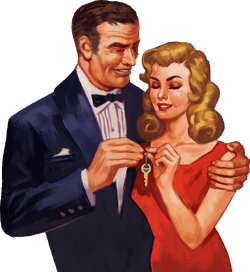 The DeLuxe is where the majority of the episode takes place. Elizabeth enters the DeLuxe in an attempt to find Yi Suchong and so help Atlas escape the prison. After exiting the elevator, she sees a man playing guitar and singing pro-Atlas songs outside the entrance. When she enters the main showroom, she encounters the same Big Daddy that killed her earlier. The DeLuxe has been overrun by Splicers, so it's recommended Elizabeth stay in the shadows and out of sight.

The Showroom served as a large hub between the different sections of the DeLuxe. Before its closing, new advertisements for the next year's Lux Collection, the new bathysphere models, and brochure stands where added to the showroom. When Elizabeth walks through the entrance, she lays her eyes on the same Big Daddy that killed her, wandering aimlessly in the showroom. 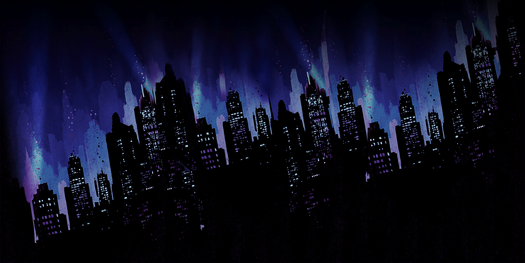 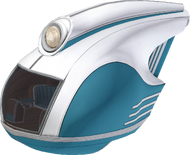 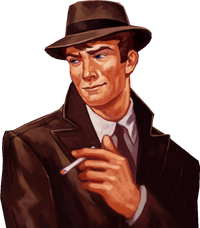 The centerpiece of the area is a large glass display with the Stingray model inside, with the text "New For The 1959 Model" circling around it. Two sets of blue bathyspheres were also displayed similarly to the Stingray, only smaller, and with stairs spiraling around them. The stairs have advertisements reading; "Be The Envy of Rapture" and "Luxury Because You Deserve It" on the wall by them. The left stair leads to the Manta Ray Lounge and the Service Bay, while the right goes to the Silver Fin Restaurant and Maintenance. Test-Drive is located by the entrance, along with a Circus of Values vending machine. A pathway goes from the Silver Fin Restaurant to the Manta Ray Lounge, around the Stingray display, giving easy access between the restaurant and the club. Underneath this pathway is the Bathysphere Sales office and the Information Kiosk. On the windows by the far wall is a large sign reading "The Future of Travel," which some Splicers favor as a catwalk. Three different display windows showcasing a bathysphere's effect on the life of the Rapture Citizen. The first one shows a man giving the keys to a brand new 'sphere as a gift to his wife, reading "Give Her A Special Treat". The second has a woman looking seductively at a man and his new bathysphere, reading "She Won't Look Away". The third has a joyful blonde mermaid opening a clam, containing a red bathysphere, reading "Discover The Best In Luxury."

When formally exiting the Silver Fin Restaurant, Elizabeth will encounter a splicer attempting to sing "Pack Up Your Troubles in Your Old Kit-Bag" on "The Future of Travel" sign.

Elizabeth will find the Showroom in chaos when she returns from Columbia, with Splicers struggling against Ryan Security. The pathway from the Silver Fin to the Manta Ray has been destroyed during the assault, forcing Elizabeth to get there through different means. As Elizabeth continues toward the club, she witnesses a Houdini Splicer massacre other Splicers seeking the exit.

"Give Her A Special Treat."

"Discover The Best In Luxury."

The pathway by the centerpiece.

Another view of the pathway and the area underneath.
Add an image to this gallery

A once luxurious restaurant that catered to Fontaine's customers, it was taken over by Dr. Yi Suchong under Ryan Industries when Tears started to appear in the restaurant due to Elizabeth arriving here when she entered Rapture. Suchong redesigned the restaurant to be fit as a lab for him and managed to create his own Lutece Device and used it to open Tears to Columbia, from which he started to collaborate with Jeremiah Fink until the department store closed.

Elizabeth ventures here in search of Suchong, but only finds the now vandalized Lutece Device. She comes up with an idea to give Atlas his prison break: obtaining a Lutece Particle from Columbia and using it to make the whole Housewares department float up from the mine-filled ocean trench, thus she needs to fix the machine. The Silver Fin Restaurant serves as a safehouse for Elizabeth while she searches for the Cathode Tube, CO₂ Scrubber, and heat sink to make the repair.

The Manta Ray Lounge was once a large club for socializing, dancing, and filled to the brim with a variety of alcoholic beverages. It also housed the office of Frank Fontaine, accessible through an elevator. When Fontaine's was turned into a makeshift prison, the club became a food storage facility used by Atlas' men, who handled the distribution to the inmates. It was eventually broken into by desperate Splicers, leaving no survivors.

When Fontaine's was in business, potential customers could test drive their favored Bathysphere here before making their decision on purchasing. After the department store was turned into a prison, it got converted into a heavily protected headquarters for Atlas, as well as storage for weapons and armor, and one of the only areas not overrun by Splicers. Elizabeth must make her way here to get Old Man Winter to use as a heat sink for the Lutece Device.

While Housewares was still operating, the Service Bay was where maintenance and repairs were carried out on Bathyspheres. After the closing, many of the Bathyspheres' ongoing repairs were left as they were in their stations, while the facility became filled with spliced-up prisoners. Elizabeth must go here to retrieve the CO₂ Scrubber for the broken Lutece Device.

Shoppers who had inquiries or wanted information about the shops inside the Bathyspheres DeLuxe showroom or the Department Store came to this desk window. After Fontaine's was converted into a prison, it was turned into a makeshift soup kitchen before being overrun by Splicers. Elizabeth can go here optionally, where she finds one of the Coded Messages and a locked safe. Elizabeth promptly notes the Hypnotize Big Daddy Plasmid poster on the wall, before having her enthusiasm curved by seeing the "coming next year" text.

The back of the Information kiosk.
Add an image to this gallery

Potential buyers were brought into this office facility by sales spokespersons to discuss the purchase of bathyspheres, and to draw up contracts. After the Department Store's conversion to a prison, medicine and drugs were stored here, and the back office was used as an impromptu medical facility. By the time Elizabeth arrives, the doctor has been killed and the entire office has been looted. There is a broken lighthouse snow globe on a desk, which if examined, will cause Elizabeth to see the future events of an airplane crash site by a lighthouse. One of the Coded Messages and the Possess KO Mod are found in the back room.

The interior of the Bathysphere Sales Office.

A medical station in the Bathysphere Sales Office.

The murdered doctor under an Atlas poster.

The broken snow globe in the Bathysphere Sales Office.

A makeshift operating table in the back.

Bathysphere advertisements in storage.
Add an image to this gallery 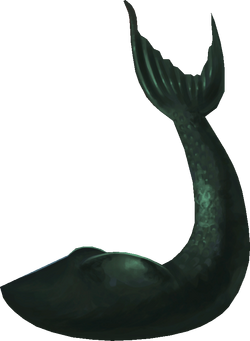 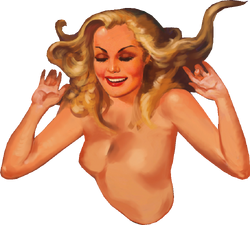 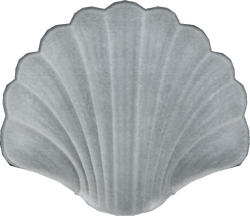 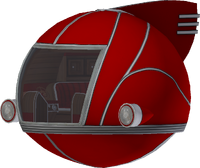 Fontaine's many ventilation and heating systems were maintained in these rooms. In an attempt to stop vandals from interrupting, trespassing, and doing further damage to his work within the Silver Fin Restaurant, Suchong had the vent leading to the restaurant blocked off and hidden by a cabinet. He also planted turrets within the ventilation system. Elizabeth finds a blueprint of the central heating system here from a failed burglar.

Central heating in Maintenance.
Add an image to this gallery

The failed break-in scene at the Silver Fin's entrance in the Showroom.

Ryan Security versus a prisoner in the Showroom.

Elizabeth's vision of the plane crash, triggered by the snow globe.

Atlas Voice of the People - Death to Ryan

Luxury - Because You Deserve It - Bathyspheres by Fontaine Futuristics 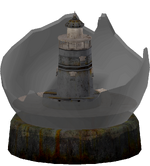 Retrieved from "https://bioshock.fandom.com/wiki/Bathyspheres_DeLuxe?oldid=321913"
Community content is available under CC-BY-SA unless otherwise noted.