Return to the cities of Rapture and Columbia and experience the award winning BioShock franchise like never before, beautifully remastered in 1080p. BioShock: The Collection contains all single player content from BioShock, BioShock 2, and BioShock Infinite, all single player add-on content (BioShock 2 Multiplayer not included), the “Columbia’s Finest” pack, and the director’s commentary, Imagining BioShock, featuring Ken Levine and Shawn Robertson (Imagining BioShock is divided into ten episodes, which are unlocked by finding Golden Film Reels that are placed in-game). 2K adds that BioShock Infinite isn’t being remastered on PC “because it already meets current-gen console standards and runs smoothly on high visual settings.”

BioShock is a shooter unlike any you've ever played, loaded with weapons and tactics never seen. You'll have a complete arsenal at your disposal from simple revolvers to grenade launchers and chemical throwers, but you'll also be forced to genetically modify your DNA to create an even more deadly weapon: you.

Set approximately ten years after the events of the original BioShock, the halls of Rapture once again echo with sins of the past. Along the Atlantic coastline, a monster has been snatching little girls and bringing them back to the undersea city of Rapture. Players step into the boots of the most iconic denizen of Rapture, the Big Daddy, as they travel through the decrepit and beautiful fallen city, chasing an unseen foe in search of answers and their own survival.

Bring us the girl, wipe away the debt. The year is 1912. Deep in debt, Booker DeWitt has only one opportunity for a clean slate: rescue Elizabeth, a mysterious girl imprisoned since childhood in the flying city of Columbia.

The BioShock 10th Anniversary Collector's Edition is a limited 5,200 copy re-release of BioShock: The Collection in honor of the tenth anniversary of BioShock's 2007 release, featuring all the content from the original release of the collection, the 11' Collectible Big Daddy & Little Sister Statue, a numbered certificate of authenticity for the statue, a unique cover and box, and figurine instructions. The edition was only released on the 14th of November, 2017 for PlayStation 4 and Xbox One consoles and exclusively sold at GameStop and the 2K Store (US). The statue is based on the cover art for BioShock, featuring the Big Daddy and Little Sister in their iconic poses with an Art Deco Rapture background. The Big Daddy and Little Sister's eyes and background light up, the drill is motorized and spins, and there is audio for the Little Sister and Big Daddy, all of which are button controlled.[5][6] 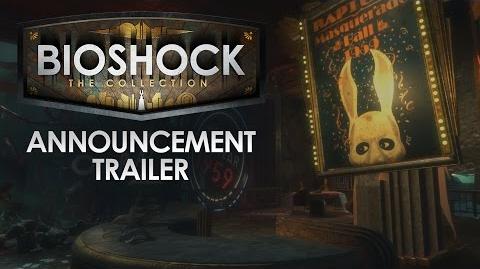 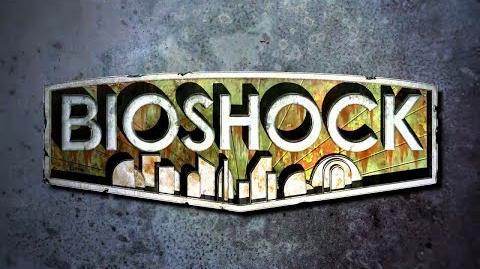 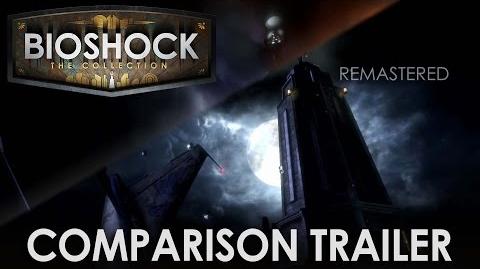 An updated title screen for BioShock.

A remastered Gatherer's Garden from BioShock.

A remastered Little Sister and Big Daddy from BioShock.

A remastered view of Rapture's Welcome Center from BioShock.

A remastered scene featuring a Big Daddy next to a corpse from BioShock.

Xbox One box art for BioShock: The Collection.

Alternate PlayStation 4 & Xbox One case cover for BioShock: The Collection, by A.J. Hateley. 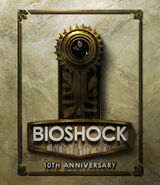 The cover art for the edition, by Enrique Torres.[10]

A close-up of the Little Sister on the cover art. 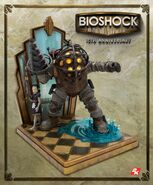 The statue's numbered certificate of authenticity.