Booze Hound is a Gene Tonic which when equipped causes the drinking of alcohol to restore a small amount of EVE, rather than drain it. It does not, however, eliminate the inebriating effects that results from drinking too much alcohol at one time, such as dizziness and blurred vision.

Can be found in a malfunctioning Vacuum Bot in the Account Registration room of Air-Tite Archives in the level Minerva's Den. Unobtainable in later levels. 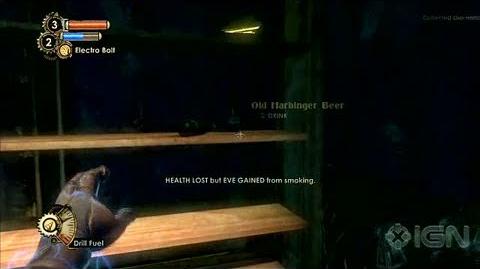