For The Protector Trials version of the Chase Carousel, see Folly of Dionysus. 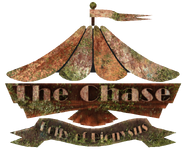 The Chase Carousel (also known as the "Folly of Dionysus") was the centerpiece of the Chase, the main atrium in Dionysus Park. It was a major attraction where children and even adults could enjoy a fun ride among the art galleries. The ride features a herd of gazelle being chased by lions, all of which are adorned in circus attire, and presumably played a jingle while it was operating. Billy Parson was fascinated by a "yellow eyed girl" he saw there in Rapture's happier days.[1]

The Carousel has long ago ceased to function after the flood that filled Dionysus Park for nearly a decade degraded its mechanisms. Once the waters receded, the Chase is left covered in sand, sea plants, and bioluminescent coral. When Subject Delta approaches the door to the Chase from Cohen's Collection, he can hear the sounds of Mark Meltzer fighting with a Big Sister over his daughter Cindy. Once the door opens, there is nothing in sight except a message left by Mark inside the ride's operator room, next to his still smoking revolver.

Later on, while Subject Delta explores Dionysus Park, he will arrive in The Promenade. Because of the flooding, the doorway connecting to the Chase with that section of the park has rusted shut, but two Splicers will open the passage with a torch just as Delta walks past. After dealing with them, Delta can return to will notice that three other Splicers are searching the Chase for loot.

A Lady Smith Splicer near the carousel. 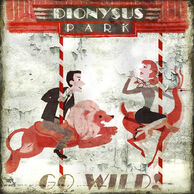 An advertisement featuring the Carousel.