Chomper's Dental is the oldest of three dental facilities in the Medical Pavilion of Rapture. It boasts a grade 2 quality rating from the Rapture Medical Group. It was apparently closed before the Rapture Civil War. This is evident by the lack of advertisement. Also, the company logo has been taken down. This dental clinic is now slowly being flooded from a crack in the skylight.

When Jack arrives in 1960, Chomper's Dental is locked with its key hanging just inside, requiring Telekinesis to retrieve. There are three rooms: the reception area; a supply room now used for storage; and an operating room. The reception area's desk remains mostly empty, with a Security Camera keeping watch. The register on the counter, having been looted long ago, sits idly by while constant flooding continues to fill the room. An EVE Hypo lies under the counter. The room to the east is used to store dental cabinets and chairs left after Chomper's Dental shut down. Some Antipersonnel Auto Rounds can be found on the floor, and Antipersonnel Pistol Rounds in the cabinet nearest the port hole. The back room was the operation room before the civil war, and contains a wall safe. Opening the safe, Jack will find eighty Auto Rounds, four Armor-Piercing Pistol Rounds, and two first aid kits. Some Electric Buck lies on a desk in the middle of the room. 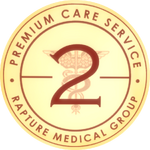 Flooding is apparent in every room.

Most of the cabinets have been looted.

The safe is guarded by a single Security Camera.
Add an image to this gallery

Retrieved from "https://bioshock.fandom.com/wiki/Chomper%27s_Dental?oldid=315033"
Community content is available under CC-BY-SA unless otherwise noted.