Circus of Values is the name given to the general vending machines found throughout Rapture. The machines contain many items, ranging from food to ammunition. Hacking a vending machine lowers the prices and sometimes provides items that are not otherwise available. Circus of Values machines often have an El Ammo Bandito machine or Gatherer's Garden nearby.

The President of the Circus of Values franchise was Lloyd Webster. Previously, these vending machines likely sold more appropriate items for the public until the Civil War hit Rapture. Then, the inclusion of ammunition and healing materials would make them very convenient. They were heavily reinforced and armored, purposely making them highly resistant to damage and pilfering. This is noted as the player can only hack these machines to lower the price and not crack it open by any means, although a number of broken machines are seen in various locations throughout the city.

Prices are random and sometimes outrageous (For example: in Fort Frolic, the price of a single Creme-Filled Cake goes over $200), but most of the time they are reasonable, though they seem to go up on later levels. The prices of all items can be lowered through the Gene Tonic Vending Expert. Not all items are carried in all machines. Later in the game the selection tends to be focused on different kinds of ammunition and less often will food items be available, if they are available at all. Standard in nearly all machines are First Aid Kits.

Circus of Values vending machines return in BioShock 2, but appear corroded in rust and water damage. The dollar symbol below the coin slot has been replaced with an embossed letter 'A'. They also no longer make sound effects and can run out of items.

It is possible to set traps by hacking Circus of Values vending machines, and successfully doing so will make it damage, if not kill, the next enemy who tries to use it. After that, it reverts to normal until hacked again.

The Circus of Values vending machines return in Burial at Sea - Episode 1, where the metal on the machines has a more golden glow than in previous installments, but they are still stained. The variety of products purchasable has been reduced, every machine has the same items and ammunition for a weapon will only be unlocked in the machines once the weapon has been acquired. The machines first appear in Fontaine's Department Store, where one can be found in almost every major area. Using Possession on a machine will not reduce the price of the products, but the machines will spew out a small cash reward.

Prices are the following:

The Circus of Values make an appearance once again in Burial at Sea - Episode 2, with the same function as in Episode 1. The vending machines contain a cathode tube which Elizabeth needs to fix the broken Lutece Device in the Silver Fin Restaurant.

Prices are the following: 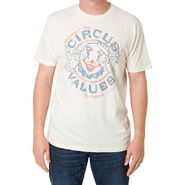 Circus of Value t-shirt from the Irrational Games Online Store.

Concept art and model for the vending machine, by Mauricio Tejerina.

Box of Circus of Values in Fontaine's Department Store.

The vending screen in BioShock.

The vending screen in BioShock 2.

The vending screen in Burial at Sea.

The image that inspired the logo. 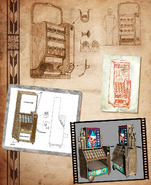 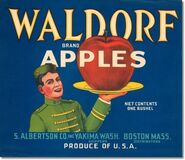