Zealot of the Lady
Beast
Motorized Patriot
Boy of Silence

“Cruelty can be instructive, and what is Columbia, if not the schoolhouse of the Lord?”
― Zachary Hale Comstock[src]

Comstock House is one of Zachary Hale Comstock's bases of operations in BioShock Infinite.

Comstock House is the executive estate in Columbia. Comstock established the residence as his principal workplace and central headquarters of the Founders. The structure, built upon the three heads of the Founding Fathers, is its own floating island, connected by tethers to Emporia.

It also functioned as the private residence of Columbia's guiding couple, Zachary and Lady Comstock.[1] However, the untimely murder of Lady Comstock and the escape of the scullery maid forced Comstock to close down the mansion to the public.[2]

Entrance to the Comstock House Gate became restricted by an artificially intelligent door automaton in Victory Square while Comstock took up residence in the Hand of the Prophet.

Authorized personnel can access the building from the Gate via drawbridge — lined with six smaller statues of the Founding Fathers.  The drawbridge is lowered in sections by pulling a lever set near the gate.

Comstock House was intended to be a research facility dedicated to freeing mankind from sin through observation and case study.[3] Data was collected from patients using techniques such as phrenology and a new process sponsored by Dr. Francis Pinchot involving simple listening, interview, and psychoanalysis.[4]

The most notorious case was with the capture and questioning of anarchist Daisy Fitzroy, a "case study on one so low… may provide… the breakthrough"[5] Pinchot led the controversial study. He noted that: "even if Fitzroy is simply possessed of a low animal cunning, it remains remarkable in one of both her breeding and background thus to investigate it further is of vital importance to the future of Columbia."[6] During the course of the study, it was discovered that Fitzroy had genius-level intelligence, scoring even higher on the test than the designer of the test, Dr. Pinchot himself.[7] He noted further: "For if every field hand and factory worker were to wake one day to similar perspicacity and designs, what a different and terrible world we would soon have before us."[8]

However, the death of researcher Pinchot and the escape of the anarchist led to a change in policy. The Comstock Re-Education Center, established at Comstock House in 1909, functions as a experimental behavior treatment lab where Comstock's scientists "scour all trace of rebellion from [the] mind[s]" of social dissenters through brain surgery and mental conditioning."[9]

Sufferers from sin are no longer observed, but actively "treated". Dr. Kittery is one of the researchers pioneering an elective surgery procedure involving "separating the prefrontal cortex from the rest of the brain" in the belief that it would make "patients much more tractable". Others disagree, saying it could render the patient "a complete imbecile and unusable for study".[10]

Booker DeWitt and Elizabeth arrive on the Bridge to Comstock House while a ferocious lightning storm brews around them. As Booker pulls the lever to lower the drawbridge, Songbird appears pins him to the floor. The creature's eyes switch from green to red, hurling Booker through the window of an adjacent building.

Booker faints amidst the broken glass and wakes up in a hazy vision of his office.

When Booker's vision clears, the chandelier falls from a damaged rotunda. Songbird claws its way inside to finish Booker off with a blow from its sharps talons. Suddently, Elizabeth begs Songbird to let him live, and eventually sacrifices her freedom in return for his safety. Songbird takes off with Elizabeth, and Booker pursues them.

Dropping down, lightning strikes the upturned bridge sections, moving them into place. As Booker crosses, visibility diminishes as clouds and ripped patches of space-time engulf the bridge. He inadvertently passes through a Tear, the summer storm giving way to a blizzard, confusing Booker. As he enters the building, he comes across several Tears from which he can hear Elizabeth in obvious distress.

Songbird swoops in from above.

I never should have left. Take me back.

View of Songbird from the back. 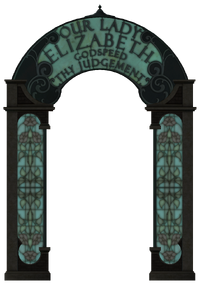 Comstock House is in a severe state of disrepair, with debris littering the area and smashed windows leaving the first floor exposed to the elements. At the center of the room is a large statue of Elizabeth brandishing a sword. Her voice can be heard over an internal public address system, prophesying in a manner similar to Comstock.

After passing a room with a large statue of Elizabeth, Booker enters a room centered on an elevator shaft. Approaching the door marked "Restricted" alerts the Boy of Silence guarding it and causes the Lunatics to attack. After dealing with the Lunatics and hitting the intercom button, Booker demands to see Elizabeth. The gate remains sealed, but an elevator descends through the shaft. A sign beside the Restricted entrance says that it can only be opened on approval of the Warden, whose office is located on the third floor.

Booker boards the elevator, which stops at the second floor and deposits him in the Atrium. Another Boy of Silence is close by, but this time Booker has the option of avoiding it with stealth. A Kinetoscope is around the corner to the left of the elevator entrance, but the path continues to the right. Elizabeth continues to speak prophetically over the PA system, though Tears continue to reveal a different Elizabeth in great pain. Having come nearly full circle, Booker finds himself back at the Atrium, but the stairs up to the third floor are blocked by guards, a Zealot of the Lady, and a pair of Gun Automatons. A Tear around the right corner reveals that Elizabeth, after being taken, waited for Booker so long that she was close to starvation.

A Tear in the room Where We Work allows Booker to listen in on a conversation between Dr. Pettifog and Elizabeth, which reveals that at least six months have passed since Elizabeth and Booker were separated. There is a Kinetoscope is right at the entrance to the first room. In the last room, yet another Boy of Silence stands guard, with a piece of Gear on a table behind him. A Voxophone can also be found at the far end of this room behind the column.

When Booker enters the Where We Learn classroom, Elizabeth professes over the PA system that she has long since given up on Booker, having been indoctrinated by Comstock herself. Through a broken one-way mirror, Booker proceeds on to the Security Center, passing a Kinetoscope along the way.

This area is in far better shape than the rest of the building. There's a Voxophone and a piece of Gear available in the lower area.

Past the interrogation areas on the upper floor is the Warden's Office. This room is dominated by a viewing monitor tuned recording the first floor. Booker flips the switch to open the security gate, but is immediately attacked.

When he reaches the Security Center lobby again, Elizabeth is heard over the loudspeaker, proclaiming that she is continuing Comstock's work and will not only drown the world below in holy fire, but also continue this act across a million other worlds. She states that the mind, in order to be "purified," must be exposed to every version of itself, explaining the condition the lunatics in the asylum are in. Booker then heads down to the elevator to access the open Restricted area.

“It wasn't the torture that broke me. It wasn't the indoctrination. It was time. Time rots everything, Booker. Even hope.”
― Elizabeth[src]

Booker passes through the security gate and runs into Rosalind and Robert Lutece next to a Tear. After the duo and the Tear disappear, Booker continues into the destroyed Operating Theater.

He spots Elizabeth across the room silhouetted in an open doorway. She laments that she has lost control of everything, the lunatics and her plan, and that it took all of her strength to bring Booker to this time period. She offers her hand to Booker, and when he takes it, he sees that she is now an old woman.

Standing besides Elizabeth on a roof ledge, Booker observes Columbia attacking New York City in the year 1984, just like in his vision. Elizabeth tells him that her hope for rescue faded with time, and when Booker claims that he was on his way to save her, she reveals that, in each alternate reality, Songbird always stops him. Elizabeth, resigned to her current fate, created the Tear that Booker ran through on the bridge to Comstock House, so that she could help Booker save her alternate past self. She gives him a coded message and opens a Tear, sending Booker back in time to 1912. Booker then heads across the Operating Theater into the Surgery.

Dr. Pettifog and Dr. Powell are beginning the operation to attach Elizabeth's collar without sedation, while Comstock looks on from above. A pair of small Siphons prevent Elizabeth from opening any Tears that might save her. Booker heads upstairs to disable the machines, encountering armed guards, Automated Turrets, and a Motorized Patriot along the way. When Booker disables the Siphons, Elizabeth opens a Tear to a field beset by a twister, killing the two surgeons. Booker heads back down, frees Elizabeth, and gives her the coded message. Elizabeth swears to kill Comstock to keep him from turning her into a monster; after a brief discussion, Booker vows to kill Comstock in her place.

Heading back upstairs, Elizabeth picks the locked door to Powell's office, giving the pair access to a gold bar, a Voxophone, an Infusion, and the gate to the elevator leading to the Library.

Booker and Elizabeth emerge in the foyer to the Comstock House Library; the actual library appears to be barricaded. The two venture out to board the Hand of the Prophet.

The pair emerge in a library on the top of Comstock House and fight their way through an onslaught of enemies. Elizabeth can pick the lock to a small office area that contains a Veni! Vidi! Vigor! machine and a safe, as well as a Voxophone recording. At the end of the roof, they come across a Founder gondola, programmed to return to the airship. They commandeer the vehicle and leave Comstock House.

Concept idea for a Daisy Fitzroy encounter at Comstock House.

Close-up of Fitzroy in the Comstock House encounter concept.

Comstock House from the VGA 2011 trailer.

Concept art for the "Ballroom Scene" where Songbird attacks Booker and is saved by Elizabeth.

The faces of the Founding Fathers, as seen through a telescope.

A wheelchair suddenly moves into the middle of the bathing facility.

The rundown dormitory, exposed to the elements.

The security console in the Warden's Office.

Fighting a Comstock Patriot on the roofs of Comstock House.

The fall of Columbia.

Comstock House, as seen from the Emporia Arcade in Clash in the Clouds. 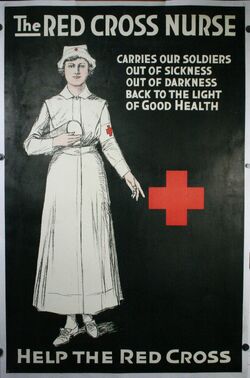