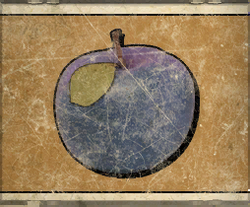 “Running on Empty? Fill up with EVE.”
― Advertisement[src]

EVE is the genetic substance which powers the use of Plasmids. In its liquid form, it glows bright blue and can be seen in the dark. The player's current EVE level is shown by a HUD bar meter with blue liquid; it decreases when the player uses a Plasmid, and refills when the player uses a means of replenishment. When EVE reaches zero, the use of Plasmids is unavailable to the player. The EVE meter has a hypodermic needle symbol on its left, as well as a number denoting the amount of EVE Hypos currently carried by the player.

EVE is the BioShock series equivalent of the "mana" found in many other games that powers magical attacks and spells, though what differentiates it is how it is actually a byproduct of ADAM.

Jack's maximum amount of EVE can be increased by completing research levels on Little Sisters, and purchasing EVE Upgrades from Gatherer's Gardens.

Subject Delta's maximum amount of EVE can be increased by completing research on Big Sisters, and purchasing EVE Upgrades from Gatherer's Gardens. Subject Sigma can also buy EVE Upgrades at the latter, although he cannot conduct any research over the course of Minerva's Den.

EVE is replenished by collecting EVE Hypos and visiting Circus of Values vending machines. The player's maximum amount of EVE can be increased by equipping the EVE Saver tonic, and the Metabolic EVE tonic will allow constant yet slow EVE regeneration during a match.

EVE bottles which are identical to the Salts bottle in all but name, can be found scattered throughout Fontaine's, Tears, and in Circus of Values vending machines. A flask can restore 25%, 50%, or 100% of Booker's EVE.

EVE flasks can be found at Circus of Values vending machines. A flask can restore 25%, 50% or 100% of Elizabeth's EVE.