“Don't be a dolt - use Electro Bolt!”
― Plasmid advertisement

Electro Bolt is a Plasmid available in BioShock, BioShock 2 and its downloadable contents The Protector Trials and Minerva's Den, and in BioShock 2 Multiplayer. When selected, it manifests itself as glowing blue streaks of electricity running up along the user's arm and hand. Electro Bolt is an active Plasmid that instantly releases a bolt of electricity that strikes a target enemy or object at the cost of EVE.

The bolt deals a small amount of damage and the target enemy is temporarily stunned on impact. If a stunned enemy is not attacked, or attacked but not killed, the enemy will recover and resume action. It is effective against all enemies, unless resistant or immune to electrical attacks, in which case, the stun duration is negated completely. Using Electro Bolt on bodies of water will cause them to be electrified for a short time. All targets in contact with the water (including the player) will take significant electrical damage. Electro Bolt can also explode combustible objects and open short-circuited door switches. It can also stun turrets and security cameras, allowing you to hack them.

Electro Bolt was one of the first Plasmid concepts showcased to the general public, as evidenced by the demonstrations shown in Fontaine Futuristics Plasmid showcases. Outside of entertaining the general public, Electro Bolt proved to be a very handy tool in Rapture, as anything that used electricity could at least theoretically be powered with it. Common cases included starting a dead generator,[1] or temporarily disabling devices that had gone haywire. This practice remains a popular activity by citizens, even after the city's society collapsed, owing to the large amount of security devices found in Rapture. Other usages were soon found too, with one citizen recommending its Gene Tonic counterpart to her friend as a means of deterring a handsy man.[2]

In BioShock, Electro Bolt is the first Plasmid that the player acquires, near the beginning of Welcome to Rapture.

In Worlds of Hurt, Electro Bolt 3 can be bought at the Gatherer's Garden in the central hub for 90 ADAM.

Found in a computer room on the first floor of the Robotics Workshops in Minerva's Den.

First available at a Gatherer's Garden in Minerva's Den for 120 ADAM.

First available at the Gatherer's Garden in Operations for 225 ADAM. 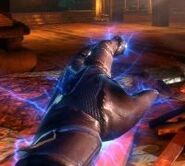 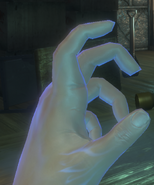 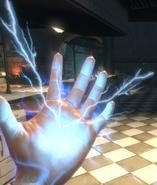 Electro Bolt is the very first Plasmid Frank Fontaine witnesses firsthand, in a demonstration spearheaded by Yi Suchong and Brigid Tenenbaum. This demonstration is what inspires Fontaine to devote massive amounts of planning and effort into Fontaine Futuristics and the ADAM project. 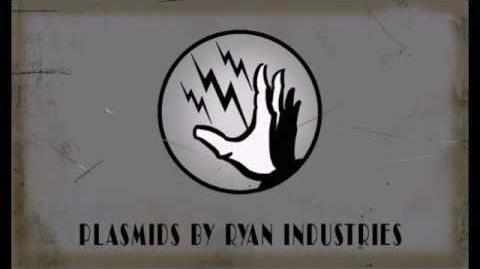 "Stun your foes with a thousand bolts. Shock them in water to deal damage." 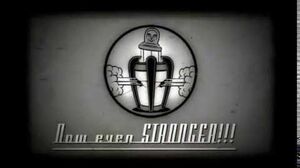 "Every bolt hits more than one foe! Charge up to blast them with a deadly storm." 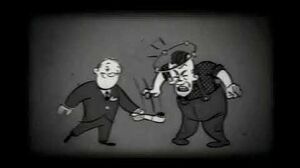 "Stun your enemies with a thousand bolts!" 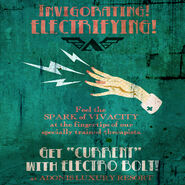 Advertisement for Electro Bolt from Point Prometheus in multiplayer.