Eve's Garden was an exotic dancing venue in Poseidon Plaza of Fort Frolic. It featured a small central stage with metal poles and a bar and seating area for patrons as they watched performances. One of the most well known performers at Eve's Garden was Jasmine Jolene, the erstwhile mistress of powerful businessman Andrew Ryan.

The citizens of Rapture viewed themselves as both liberated and libertine. The city was built around principles that rejected institutional interference in the lives of individuals, censorship, or false modesty. In Rapture, venues like Eve's Garden would not suffer from any laws enforcing moral inhibitions; in fact, the strip club was seen as just as reputable as any other business in Fort Frolic. As a result, advertisements for Eve's Garden can be found prominently throughout the city. Few would bat an eye at an average Rapture citizen visiting Eve's to satisfy his carnal desires and the exotic dancers who performed at the locale could become minor celebrities. One such performer was Jasmine Jolene.

During the events of BioShock, Eve's Garden is an area the player explores in the Poseidon Plaza section of Fort Frolic. Small bills still litter the stage, but it's clear the club hasn't seen much action outside of the Rapture Civil War. The once packed bar is reduced to a few scant bottles of liquor and the businesses masonry is crumbling. An Epstein the Swami machine in the back would've provided additional entertainment to the patrons back when Eve's was still in operation.

Jack doesn't have any time to focus on this as he immediately encounters the ghost of Jasmine Jolene as he enters the strip club. He follows the seductive spirit down the hallway behind the stage to find her private bedroom. A flashback of Jolene's death can be heard behind the closed door, and afterward Jack enters to find Jasmine Jolene's audio diary "Pregnancy" next to her corpse, offering clues as to Jack's parentage.

After this experience, the player will also encounter Hector Rodriguez, one of Sander Cohen's unfortunate disciples, sitting at the bar, drunk and oblivious to the fact that Eve's is long out of business.

There are two Cash Registers over at the bar. One is empty and the other contains 7 Dollars. Behind the bar is a box of 00 Buck. Jasmine's bedroom contains a small safe which holds 34 dollars, a First Aid Kit, and 8 antipersonnel Pistol Rounds. There are also several dollars hidden beneath the audio diary under the bed. There's not much on the second-floor viewing area except for a few more alcoholic drinks, a Health Station, and a Bot Shutdown Panel.

Andrew Ryan mentions his visit to Eve's Garden that ended with the murder of Jasmine Jolene by his hand in the Audio Diary "Betrayal". In it, a perturbed Ryan wonders to himself what could have been Jasmine's motive for selling their unborn child's fertilized embryo to Frank Fontaine.

Eve's Garden also appears in the multiplayer version of Fort Frolic, and it spans two levels of the southeast portion of the Mall. The upper level has a small welcoming lobby for patrons and a cocktail bar that overlooks the red-lit stage with poles below. A flimsy wall by the bar can be broken to give access to the mall hallway outside. The upper level also contains an employees only area with many lockers for the working girls.

Downstairs is the main stage and another bar with seating for customers. Another breakable wall in this section opens out directly across from a Machine Gun Turret in the lower hallway. A Circus of Values stands to the left of the stage, and a barricaded employees only door presumably blocks access to Jasmine Jolene's changing room. A Big Daddy Suit sometimes spawns on the lower level in front of the stage.

Eve's Garden is mentioned in a conversation between a man and a woman on the upper floor of High Street. The woman mentions the established while discussing Andrew Ryan, as she would see him often while visiting the venue. She notes that Ryan would disappear backstage with Jasmine Jolene after the show.

Have a drink at the bar.

Eve's Garden from the second Floor.

This special room is for high paying customers.

The first floor entrance as seen in the remastered version. 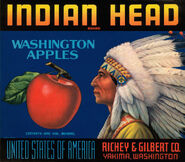