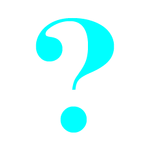 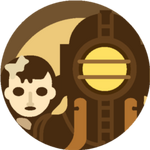 The extra Little Sisters bug is the result of scripted events that trigger a Little Sister and Big Daddy pair for a specific scene – typically a fight with Splicers. The triggers are usually as simple as entering a particular area (i.e. in Neptune's Bounty, it's the Upper Wharf; in Frolic, it's the Atrium after visiting the Plaza the first time; in Arcadia, it's a Gatherer's Garden.) If the player avoids these trigger points until all Little Sisters have been dealt with, then entering the trigger area will spawn an extra Little Sister.

In other levels with these scripted events, it is impossible to avoid the trigger, because the player is required to pass through that particular area in order to advance the game. For example, in Hephaestus there is a Big Daddy defending a Little Sister at the entrance to the Core area the first time the player passes through, but since that is the only way into the facility, it is impossible to avoid triggering the event.

When the first Rosie is encountered in the dock area he will retrieve a Little Sister from the hallway before the dock and they start gathering ADAM from a corpse in a muddy area in the middle of the Lower Wharf. DO NOT attack Rosie until the scripted fight between a Rosie and the Nitro Splicer on the balcony starts (it happens as Big Daddy walks across the muddy area). After this scripted fight you can kill Rosie and gather the ADAM from the Little Sister. Eventually, another Rosie will spawn and get another Little Sister from the vent in the Lower Wharf. After dealing with her, wait for THIRD Rosie in the same area and repeat extraction.

Dealing with these three Big Daddies can be especially difficult on higher difficulties or with the Vita-Chamber disabled due to the limited resources available at your disposal this early in the game and in this portion of the level. One method to make things easier is to lure them to the metro station and stand on top of the schedule bulletin for cover while you shoot at him in the doorway. Fair warning, he may try to get behind you if you do this and "climb" over the boxes and pallets to the right. Be sure to have plenty of armor piercing ammo and electric buck shot.

The extra Little Sister does not spawn as long as the player does not cross the muddy area in the Lower Wharf, and does not head upstairs from past the Gatherer's Garden near the Smugglers' Hideout. This means that it's possible to talk to Peach and/or grab the Teddy Bear for some extra firepower to help deal with the Big Daddies. Head to the Upper Wharf after the three regular little sisters have been dealt with, and witness another scripted fight between Leadhead Splicer and Rosie, kill Rosie and gather FOURTH Little Sister. After she is harvested or rescued, a fourth Little Sister symbol should appear on the pause menu.

If Vita-Chambers are active for the playthrough, save the game before fighting the last Big Daddy, since if the player is killed, the extra Little Sister may have time to "go home" permanently.

In the PS3 "Greatest Hits" version of the game, the Little Sister (and her Rosie) in the Upper Wharf of Neptune's Bounty will respawn in the same area. First, kill the Rosie and deal with the Little Sister, then head back to the corridor between Jet-Postal and The Fighting McDonagh's Tavern. As the player heads back toward the passage up to the Wharfmaster's quarters, a respawned Little Sister and her Rosie will appear. The player may need to go up to the Wharfmaster's Office area for this to occur, but do not get the camera until the extra Little Sister has been found.

There are normally two Little Sisters in Arcadia, but if players avoid the scripted fight between a Splicer and Big Daddy at the Gatherer's Garden outside the Grotto area, then a third can be found. If the player hears a Big Daddy fighting Splicers when passing around this area before dealing with the two Little Sisters, it means that the event has already been triggered and it will be necessary to restart from a previous save to try again.

To trigger an extra Little Sister, go directly from the Tea Gardens to the Lower Concourse, avoiding the Gatherer's Garden in the upper area. Staying in the canal, travel all the way through to the Storage Room, then up the stairs to the Upper Rolling Hills where there should be a Big Daddy and a Little Sister. The key to getting this to work correctly is to crouch down as you maneuver through the canal. Otherwise, you may trigger the scripted event on the way to the Storage Room. While traversing through the canal, take note of a Houdini Splicer nearing the end of the canal. The player will notice him with triggered splashes that can be visible in the water. It is recommended to stick to the right side of the canal while moving slowly while remaining crouched to remain undetected. Fighting this Splicer while in the canal can tempt the player to stand, which may trigger the event in Garden. Go to the Upper Rolling Hills. On the way, you will encounter an RPG turret. Deal with it, then continue past the turret downstairs and the player should run into the first Big Daddy on the way. Wait until he grabs a Little Sister, then kill him to deal with the first Little Sister.

At this point, Big Daddies have been activated across the entire map and the closest Big Daddy spawn point is near by the health station you just passed. Unfortunately, it is also near the Gatherer's Garden with the scripted Big Daddy and Little Sister. So turn and move back and forth through the canal (don't forget to crouch) and the Upper Rolling Hills until you hear a new Big Daddy. Give him a few minutes to lumber off, and when he returns he will have a Little Sister in tow. Deal with them as you see fit and then head to the Gatherer's Garden to start the scripted fight with the Extra Little Sister.

After the first Big Daddy has been defeated and the Little Sister has been dealt with, trigger Andrew Ryan's radio message and release of the poison and go to Langford's lab, which will prompt the opening of the Tree Farm.

Go find the rose Langford wants. However, do not enter through the area containing the rose using the door across the Garden, as this may trigger the event. You will see - through the other doorway - several Splicers beating a burnt Houdini Splicer. Go through that doorway, get the rose, and leave the way you came in (NOTE: It is highly recommended that the player make back-up saves. Then test to see if the event triggers. If nothing happens in the Garden, then the event has already happened, which will require the player to load a second previous save. Otherwise, if the event has been triggered reload the last save. This is basically to test that the event hasn't been triggered.) Return the Rose to Langford and keep playing until the player receives the next goal to create the Vector. On the way out of the office the player should find a Big Daddy in the area leading up to the office. Kill him and deal with the second Little Sister.

It is possible to access an extra Little Sister in Farmer's Market, although it is perhaps the most difficult one to reach and almost certainly the most time-consuming. It requires moving boxes, barrels, or other things to stand on in order to jump onto a ceiling beam. From the beginning, enter the market and turn left. There should be a health station right before a doorway that is under a torn red banner. If one goes through the doorway, they can look up to see a thick wooden beam. Walking under this beam triggers a scripted event in which a Houdini Splicer battles a Rosie guarding a Little Sister. As there is no way to spawn other Sisters on the map without walking past this doorway, one has to walk over the beam to prevent the scripted event from happening.

There are plenty of barrels and crates to pile up, but the difficulty lies in stacking them neatly on top of one another. Upon reaching the beam, jump to the beam to the right of the sagging green-white tapestry, and then jump down. This should prevent the scripted event from happening.

One can also use a physics glitch by acquiring the wooden chair (no other chairs will do) found in front of a U-Invent in the northwest room of the lower Market area. While standing on the chair, use of telekinesis on the chair launches the player into the air and with some trial and error maneuvering over the beam is possible. Release the chair to land safely. It isn't easy to control the direction and it is possible to die this way, but it is much less time consuming to bypass the trigger.

After moving past the beam and dropping down, proceed through the level as normal. A Big Daddy can be found in the distillery. After he retrieves a Little Sister and the pair are dealt with, head back to the scripted event for the extra Little Sister.

To find an extra Little Sister in Fort Frolic, avoid killing any of Cohen's targets in Poseidon Plaza before the three Little Sisters have been dealt with in that area.

Head to Poseidon Plaza after it becomes accessible. Deal with all three Little Sisters within Poseidon Plaza, waiting for each Big Daddy to spawn after the last has been killed. When ready for the extra (fourth and last) Little Sister, kill Finnegan and head back to Sander Cohen's Masterpiece to find her. Her spawning is triggered by starting the Martin Finnegan fight and is indicated by a fight between her Big Daddy and several Spider Splicers.

Note: If the player finishes exploring all of Poseidon Plaza once having dealt with three Little Sisters there before returning to the Atrium (i.e. fully investigating all rooms including the basement and [more importantly] completing all objectives in the area for Cohen), the triggered Big Daddy fight near the Masterpiece will be skipped and the extra Little Sister can not be found without reloading a save that meets these criteria.

Effect on Gifts and the EndingEdit

After talking to Stanley Poole make sure to avoid the theater. Pass by the frozen chamber where you will fight your first Big Daddy and get your first Little Sister. After the door is open (the one leading to the carousel) enter the door next to the Gatherer's Garden and go to the door on your right, where two Bouncers will be fighting against some Splicers. You must keep the Bouncer without a Little Sister alive so he can summon one afterwards. Once you kill the two Daddies, you can leave one of the Sisters crying and take the other to go gather from the corpse by the carousel, then rescue/harvest her, and adopt the other. Now go to the beginning of the level, near the locked door, and you will find your fourth Little Sister.

Note: You can gather from two corpses with each Little Sister. On a normal playthrough you will gather six corpses, leading to 600 ADAM (60 for each corpse, 80 for each Little Sister rescued), but with this method - and with all corpses gathered - you get +200 ADAM.

If you rescue/harvest the last Little Sister, wait for Eleanor's message before making any other interaction.

Make sure to not be carrying a Little Sister when the Big Sister attacks or she will disappear.

Retrieved from "https://bioshock.fandom.com/wiki/Extra_Little_Sister_Bug?oldid=320462"
Community content is available under CC-BY-SA unless otherwise noted.