“Arcadia's a big place, but mostly rural. If you're looking for something in particular, I'd start at the Farmer's Market.”
― Atlas[src]

The Farmer's Market is the sixth level of BioShock. Jack must go to the market to find the ingredients for the Lazarus Vector to save the forests in Arcadia and lift its lockdown. 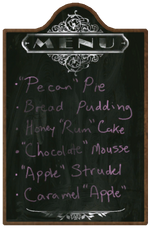 “Where everything is fresh!”
― Postcard for the Farmer's Market[src]

Established in 1948, the Farmer's Market was a lively and popular marketplace in Rapture, a place folks could go to obtain fresh produce—apples, melons, tomatoes, cheese, and other food products. Even pumpkins could be found being hawked by the vendors of the Farmer's Market. Citizens could stroll through the market's raised walkways, enjoy the wines at Worley Winery, or sample honey produced from the bee hives at the Silverwing Apiary.

When Ryan made the lush green parks of Arcadia only available to those who could afford it, he chose to leave the Farmer's Market open to all. This was likely as to not disrupt the businesses of those who rented space from him there. As the war progressed, each of the stalls were abandoned by their owners, fruit and meat was left behind to rot. Some of the plant life became overgrown throughout the market, the winery began to flood, and the swarms of bees in the apiary now freely turned it into a dangerous den for themselves.

Jack searches Arcadia for components to form the tree-saving Lazarus Vector, but it's clear he'll need to look elsewhere for the specific items. Atlas suggests he check in the agrarian Farmer's Market for the natural ingredients.

The Main Market is filled with numerous small stores which sold many kinds of produce, including meat, cheese, fruit and vegetables, all now in a state of decay. The area is decorated with Arcadia's pleasant garden theme,  with many trees, charmingly paved cobblestones, and a large grassy open space. Beneath the market there are storage rooms, one of which is flooded and has a not-so-charming Big Daddy corpse propped up against a column. There is also a hackable locked pump room, the code for which is 0512 (Market Maintenance Code).

There is small crawl space door above a Turret in the Main Market area. To gain access, climb the broken beam and walk along the edge of the ceiling beams, jumping the broken set. The crawl space contains some Proximity Mines and several Automatic Hack Tools.

The Silverwing Apiary is divided into two sections—a front desk with a counter and cash register, obviously used as a shop, and a large back room full of bee hives, and a large hive suspended from the ceiling. Smoke can be released into the room to calm the bees by flipping one of two switches at the entry to the hive room. A clicking/ticking timer notifies workers of how much time they have left before the smoke clears, going faster as the timer runs out. When it does, the bees return to their aggressive state and attack anyone in the room.

All of the required samples for the Vector can be found by searching the bee hive crates (five) and a safe in the corner containing three more.

Worley Winery is styled in a provincial French design, with an upstairs area containing wine racks, bar counter, cash register and numerous tables and chairs, and a lower area, the distillery; where the wine is produced and stored in large barrels. There are numerous bottles of distilled water scattered around the winery, which might say something about what really goes into the wine... There is more than enough distilled water around the lower areas to fulfill the Lazarus Vector formula.

A hideout located back in the half-flooded downstairs has a lot of loot, including Photographer's Eye. If the player picks that up, three Trap Bolts will deploy on the walls and block Jack's exit, and several Splicers arrive to attack. If you are using the Natural Camouflage Gene Tonic just be patient and wait, the Splicers will walk right into the Trap Bolts. 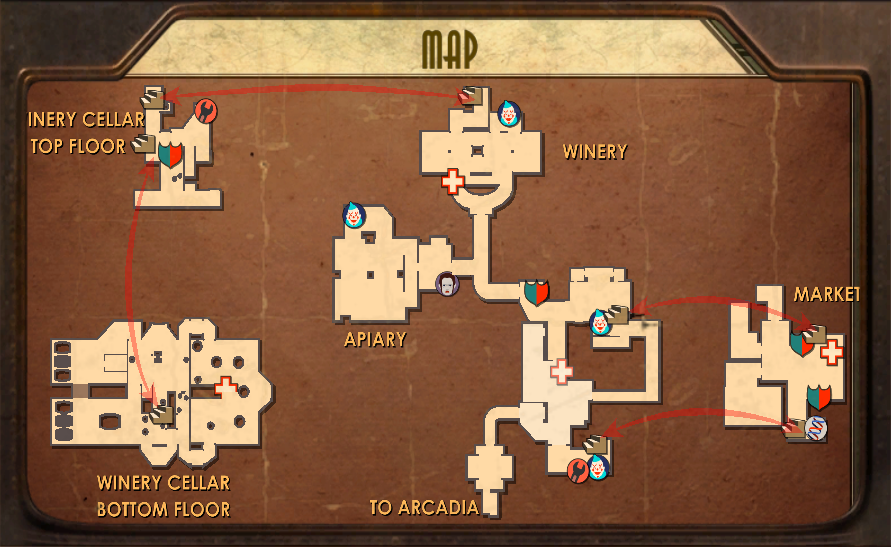 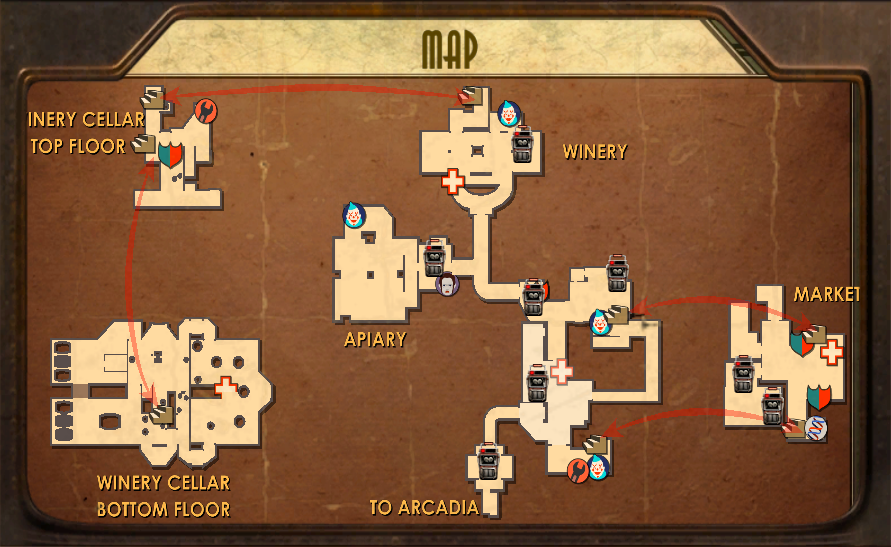 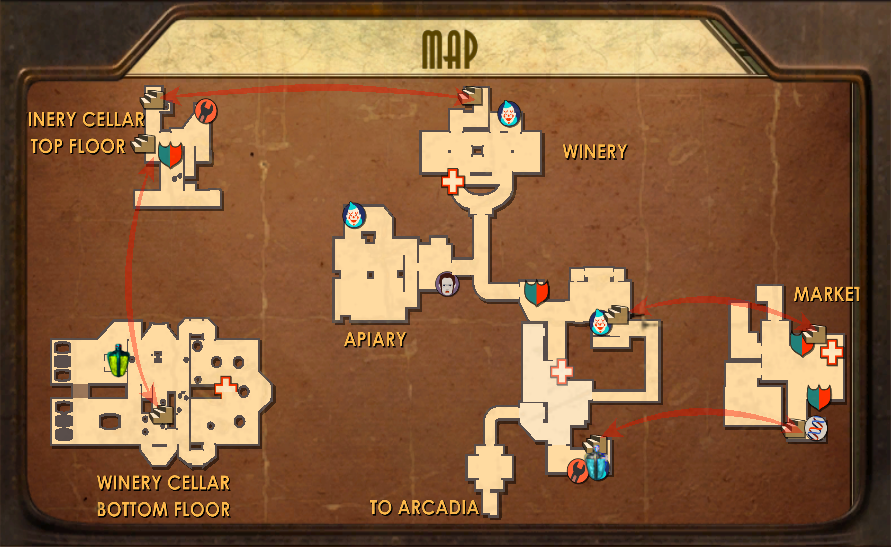 The Farmer's Market was one of the key locations suggested for Atlas and his followers to attack when they set in motion their plan to terrorize the city.

The market's entrance from Arcadia.