Fireworks are environmental hazards in the city of Columbia in BioShock Infinite. They are normally used to celebrate events such as Columbia's secession from the United States.

They are sold by Lewis Brothers for 50¢ in 100 different varieties.

Barrels filled with fireworks are seen primarily throughout the Town Center and on the Comstock Center Rooftops.

Some barrels explode when shot at or exposed to open flame when using Devil's Kiss. 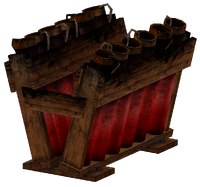 Firework launchers are located on the Hovercraft in Raffle Square and the plaza in Shady Lane. They can be set off numerous times, but the effect is purely cosmetic.

A policeman killed by an exploding Fireworks barrel.

A Lewis Brothers barrel in The Columbian Archeological Society in Clash in the Clouds.
Add an image to this gallery 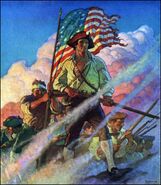 The Old Continentals - illustration for the Brander Matthews book, "Poems of American Patriotism", 1922. 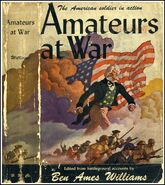 Illustration for the Ben Ames Williams book "Amateurs at War", 1943.

Full model of the Vox Siren by Paul Presley 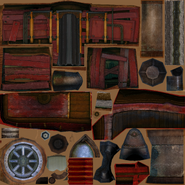 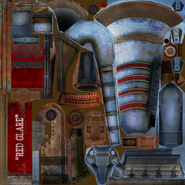 Retrieved from "https://bioshock.fandom.com/wiki/Fireworks?oldid=312147"
Community content is available under CC-BY-SA unless otherwise noted.