The Fleet Hall was one of the grandest places in Fort Frolic where the citizens of Rapture could enjoy the fine theatrical and musical arts, for a price. The theater was situated on the upper level of the atrium at Fort Frolic.

Its eye-catching neon sign would have been one of the first things a visitor to Fort Frolic saw. In its lower-level lobby it offered the citizens a chance to catch a drink of Ryan Club Beer Ale or a bite of a cool chocolate-creme cake (though for a ridiculously high price) at the refreshment bar before the show started. From the lobby, guests would access the theater by going through a glass doorway at the bottom rear of the auditorium, or by taking an elevator up to the top.

Fleet Hall offered similar entertainment to the Footlight Theater, but on a grander scale. Under the management of Sander Cohen, this venue saw many performances including many written by Cohen himself, such as the plays Happy Chappy, Bedtime Surprise and Patrick and Moira. After the Rapture Civil War, the once-grand theater fell into shabby disrepair, with the only remaining audience being the plastered Splicers that clap and cheer perpetually at the whims of the insane Cohen.

During the events of BioShock, Jack is led to Fleet Hall by Sander Cohen through the radio. There he sees Kyle Fitzpatrick plastered to a piano strapped with explosives, playing frantically in an attempt to please Cohen and prolong his own life. As Jack approaches an increasingly frustrated Kyle yells "Cohen you sick fuck, let me out of here!" and the piano blows up, killing him. The player may also shoot Fitzpatrick or the piano first, triggering the explosion prematurely and causing Sander Cohen to remark, "Well, that was faster than I had hoped."

The first underwater walk by Subject Delta after escaping the Adonis Luxury Resort, features a large flickering marquee for the Hall on a building, ones the player gets to the "wide view of Rapture".

The same view is used in the main menu, which also shows the sign.

Signs for the hall can be seen through the windows of the multiplayer in almost every map, as the multiplayer reuses the skybox from BioShock, which features the hall's sign.

The Fleet Hall's marquee makes one last appearance during the episode's ending, seen through the large windows looking over Rapture.

Early concept art for the hall seen in the Museum of Orphaned Concepts.

Concept art for sections in the theater.

An early version of the Fleet Hall stage.

An early version of the seating area of the Fleet Hall.

A poster from the play "Patrick and Moira". 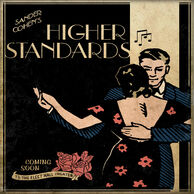 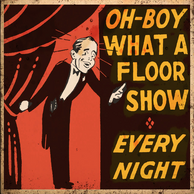 Oh-Boy What A Floor Show - Every Night.

The vast and empty theater.

Up in the box seats.

Fitzpatrick at the piano.

The Fleet Hall as seen in BioShock iOS.

The "What A Floor Show" clip art. 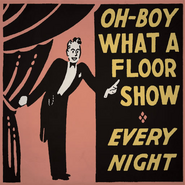 The original "Oh-Boy What A Floor Show - Every Night" poster.