“Sure, the boys in Ryan's lab can make it hack-proof. But that don't mean we ain't gonna hack it.”
― Pablo Navarro[src]

Hacking is a method of interacting with various machines in BioShock, BioShock 2 and BioShock 2 Multiplayer. This may be done to gain access to a locked area, unlock safes, reduce prices at vending machines or turn a hostile Security Device to be friendly towards the player.

To hack a system, one can:

Things that can be hacked in this manner are:

With keyboard and mouse, clicking a tile uncovers it, dragging a tile over an uncovered tile swaps the two tiles, clicking the Increase Flow Speed button rapidly increases the rate the liquid flows through the puzzle and should only be used when the puzzle has been solved.

With a controller, the left analog stick or the directional pad moves the cursor, the A/X button either uncovers a tile or swaps the highlighted tile with the tile that is currently stored in the swap box and the Y/Triangle button greatly increases the flow rate (for when the player has finished solving the puzzle).

The difficulty of the game changes depending on what the player is hacking, how far on they are in the game, what Engineering Tonics the player has equipped and if the device being hacked is frozen (freezing a hackable device significantly slows down the liquid). The difficulty ratings are not absolute. Sometimes a "medium" difficulty hack can be nearly impossible, while a red-zone hack will not be all that hard. Before wasting a hacking tool, try a manual hack first, even on maximum difficulty hacks. If the player has a tonic in the Hacker's Delight line, they will get back some/most of the Health they lost on the failed manual attempt. It will sometimes happen that the layout is such that it cannot be solved because all routes to the exit are blocked. Other times one may find that the only route would have required changing the first tile to start the flow in the opposite direction and it is too late by the time the player discovers this.

The difficulty of a system being hacked is reflected by the number of Overload Tiles, Alarm Tiles, Resistor Tiles, and Acceleration Tiles, and the speed of the fluid running through the tubes, or the amount of cash to be spent. Automatic Hack Tools are unaffected by any difficulty level.

At the start, uncover 3-5 rows or columns of Hidden Blocks, find the pipe you need and place it. Keep going until the player reaches another row or column or hidden blocks. Uncover 2-3 rows/columns and take what pipes one needs. Repeat until one reaches the end. If the liquid is in the middle, press Y/triangle, but makes sure all pipes are connected and lead to the end.

Uncover the complete path from beginning to end first! This is crucial to the player's success as one needs to uncover those spaces anyway. Benefits of uncovering one's path first include knowing any obstacles that are in the path and knowing what pieces the player needs. Once uncovered, start by replacing the pieces closest to the beginning as possible, to make sure there is enough time to finish the rest.

Rapidly uncover the entire grid as soon into the puzzle as possible. This not only avoids surprises from short-fuses or alarms mid-solution, it also allows the player to visually scan for the piece they need next, and it enables them to swap any two board pieces right away, thus lowering the risk of making an error by forgetting to switch out a tile after they've revealed it. One may need to scramble a bit after a few rows to ensure that the initial segment of pipe has enough length to buy the player time for extra flipping, particularly on the hardest puzzles which start with a very limited pipe route. Select the piece that the player wants to replace first (known endpoint) while scanning the area visually for its replacement, then rush to the newly found piece and trade the two. Stick resistors as early in the route as possible to increase flexibility for piece rearrangement later in the pipe.

Layout is a Factor[]

The layout of safes simply does not allow time for the flipping of a lot of tiles as suggested above, even on Medium or Easy. Layouts which start on the right and go down and the exit on the top-left can be tricky because the player needs to find a top-to-left elbow tile quickly. Security Camera layouts are the easiest. Even on Medium or Hard difficulty, there is plenty of time to run across the top from right to left, down the left column, then back up the 2nd column flipping tiles before one has to start looking at what to move.

If for whatever reason one wants to bypass the hacking minigame but has neither enough money to buy out the machine nor any Automatic Hack Tools, there are several alternatives:

Hacking makes a return in BioShock 2. However, the minigame is completely different to the one present in the original. The new minigame takes place in real-time and takes the form of a horizontal bar at the bottom of the screen with a needle moving back and forth across it. The objective is to land the needle in a specific area in the bar. There are four different outcomes depending on the color of the area the needle lands in:

There is also a time limit in the minigame, as noted by the number in the middle of the hack bar. The hack will abort at the end of it if the player does not select a spot for the needle to land. By pressing a button, the player will reset the hack bar, discarding the current one in favor of another with a different layout. It is also still possible to buy the machine out as in the original game.

Hacking appears in BioShock 2 Multiplayer, as a much simpler rendition of the single-player form of hacking. Attempting to hack a machine in multiplayer does not result in a minigame, but instead, a loading bar on the screen. Once the bar is full, the hack is complete and the machine is friendly to the player.

Note: Do not try to hack a Turret from the front, even if it has been stunned, as it will start attacking the player.

An early design of User interface for Hacking objects. 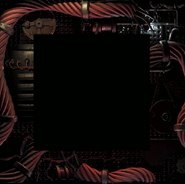 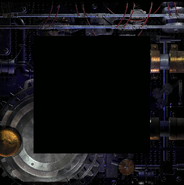 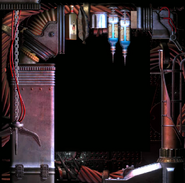 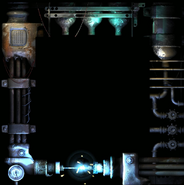 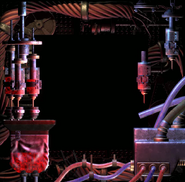 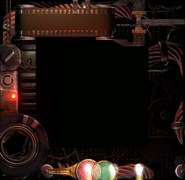 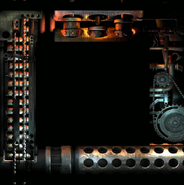