“I hand these mugs a cot and a bowl of soup, and they give me their lives. Who needs an army when I got Fontaine's Home for the Poor?”
― Frank Fontaine[src]

Located in the southern portion of Apollo Square, Hestia Chambers is sub-district that was used both by Frank Fontaine as a front for multiple operations in Rapture and by Atlas as a base for his followers. There is no requirement for the player to pass through this area, but for those interested in the complete story, as well as achievement-seekers, Hestia Chambers is essential to check out. 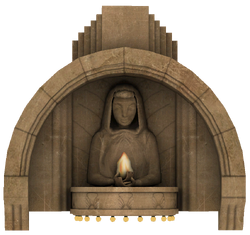 While many of the apartment buildings in Apollo Square were built to provide only the most basic necessities to Rapture's workers, the complex in Hestia Chambers was one of the most spartan. The apartments were smaller, multiple families were crammed into the same rooms, and the building felt more like a slum than a place to call home.

When Frank Fontaine began to see the advantage of having the increasing numbers of Rapture's poor on his side, he bought out the entire apartment complex and turned it into Fontaine's Home for the Poor, offering free housing for those down on their luck. Ryan disliked this place greatly, as he felt that these people were Parasites. Fontaine also established a Little Sister's Orphanage at the site, as many of the residents couldn't afford to feed their daughters, providing Fontaine with a large number of potential Little Sisters.

When tensions between Ryan and Fontaine reached critical, Fontaine began splicing up the residents with Plasmids from his own company, Fontaine Futuristics, and providing them with arms for war. Fontaine's poorhouse followers were easily defeated by Ryan Security, and Ryan had Fontaine's Home for the Poor shut down, along with the fake Orphanages after Fontaine's death.

Many of Fontaine's followers who avoided imprisonment in his department store remained in Hestia, and quickly joined sides with Atlas. During the Civil War, Atlas even used Hestia as his own Headquarters, taking advantage of the disillusioned inhabitants Fontaine had left behind.

The Hestia Chambers area is located just off the main square guarded by a sandbag-barricaded Machine Gun Turret.

The tram connected the apartment-dwellers up to the main square and other residents down to the Rapture Metro. A Security Camera looks As Jack approaches the platform a Thuggish Splicer and a Security Bot-toting Leadhead Splicer come sauntering up the track from below. Ghostly images recount the time when the place was the site of a Pro-Fontaine rally.

Fontaine's Home for the Poor[] 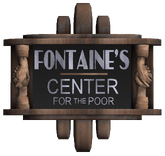 “Made Ryan good and mad when I started playing the charity angle. Fontaine's Home for the Poor.”
― Frank Fontaine[src]

The building is a towering edifice, but only the top five stories, plus a Boiler Room, can be accessed. As Jack approaches the entrance to the complex, Fontaine is heard crowing over the radio about how he won over allegiances with false kindness.

The central atrium looks all the way up the five floors to a glass ceiling; stairs ascend around the rim of the atrium. In many ways, the Hestia Chambers resemble New York City slums: tall, close windows with clothes lines draped across them. Some of the windows are boarded up while others still have Atlas propaganda on them.

The ground floor is quite bare and littered with rubble and small fires. To the right of the entrance a suitcase containing an Audio Diary can be found in small metal shack. A U-Invent can be found in the back left corner and a Circus of Values to the right.

The boiler room was actually on the same level as the ground floor, but could only be accessed by stairs leading down from the first floor apartment.

From a perch on the second floor blacony, A Grenade Launcher Turret guards the entrance and lobby of the Hestia Chambers. Both doors on this floor lead into the same apartment, one into the living room section and another into the communal kitchen/bathroom.

The apartment on the first floor clearly hasn't been cleaned in a long time. Piles of debris and dust cover almost the entire floor, books are thrown around the place, and mattresses lie pulled from the various bunk beds. A pipe has burst in the ceiling near the communal kitchen/bathroom, releasing gas and causing a leak. The only entrance to the Boiler Room can be found at the center to the apartment.

The third floor balcony contains a Health Station and pay-phone, but no other decoration. Like before, both doors lead into the same apartment, however only the door on the left is functioning.

This apartment isn't much different in appearance from the one below it, albeit more poorly lit. While the sleeping area is no different from before, the residents of this apartment had the kitchen/bathroom area in a separate room dividing the apartment. The bathtub has evidently been turned into a makeshift grave, with only a wooden board protecting its occupant.

On the right side of the apartment, a fallen bookcase and debris from the collapsed ceiling is revealed to be the cause of the door malfunction.

Both doors on this floor are chained and boarded shut preventing the player from finding out what is behind either door. A large leak appears to be coming from the door on the right, as water pours out from underneath the door onto the balcony.

This apartment can only accessed from the hole in the floor of the small apartment above. This apartment is smaller than most, but its even smaller now that half of the ceiling has completely caved in. The large debris pile blocks the side with the door, but it is clear from the water in the room that this is the boarded-up apartment that was leaking. A number of supply crates can be found here, along with a Splicer playing dead. Since the door is blocked, the player will have to climb out the open window to leave.

The Bot Shutdown Panel can be found at the center of the balcony here, the very top of Hestia. The door on the left has been torn down and replaced with old wood easily broken through by the player. The door on the left is still functioning fine, and leads to a different apartment than the other door.

Like the apartment on the fourth floor, this one is quite small and half of it has been destroyed by a collapsed ceiling. There is not much of value here save for a chemical thrower lying against one of the bunkbeds. The hole in the floor leads down into the slightly flooded apartment below.

Atlas' Headquarters most of the fourth and fifth floor of the building. The only way into the lower level of Atlas Headquarters is to use the stairs in the top floor apartment. It is unsure what this area's original purpose was, as it contains no amenities such as a kitchen or bathroom. Its also the only apartment shown to actually have windows.