BioShock Infinite: Industrial Revolution was a Flash puzzle game released on January 24, 2013, and was offered with pre-orders of BioShock Infinite from participating retailers. Players assume the role of a factory worker in Columbia during the growing conflict between the Founders' party and the Vox Populi, with a design inspired by vintage patent forms and turn of the century editorial cartoons. Players can unlock rewards which will then be made available in BioShock Infinite early in the game. As of September 13th, 2013, all redemption codes have expired and the game has been shut down.[1]

The game takes place from April 1900 to August 1912 during which the player assumes the role of Worker #08-IZ9, a Fink Manufacturing employee tasked with drawing patents to process the company's many products including weaponry, Vigors and even Motorized Patriot. After completing each patent, the player is offered the choice of providing the product safely to the Founders, represented by the city's Police forces, or to swear allegiance to the Vox Populi by diverting it to their supporters. All decisions made by the player are counted and will only affect which of the politically oriented newspapers The Minuteman and The Voice will appear, though always providing one side of each event. Also, those decisions will not affect the player's rank, which will go from Laborer to Apprentice, Journeyman, Foreman, Steward and finally Chief.

There are four rewards listed for completing Industrial Revolution.[2]

The in-game rewards were redeemed using a download code issued on the Industrial Revolution website, www.finkmanufacturing.com. Once the reward pack was downloaded, its content can be collected at The Blue Ribbon Restaurant at the beginning of the Comstock Center Rooftops level early in the game.

Those rewards known as the Industrial Revolution Reward Pack were later included in the Columbia's Finest downloadable content. They are also included in BioShock Infinite: The Complete Edition and BioShock: The Collection. 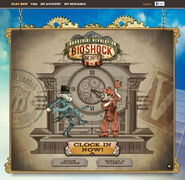 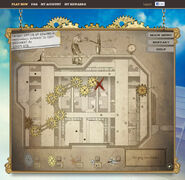 A puzzle in the game. 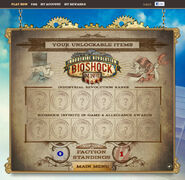 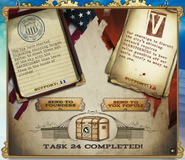 An article from the Founders newspaper, The Minuteman. 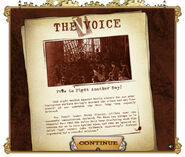 An article from the Vox Populi newspaper, The Voice. 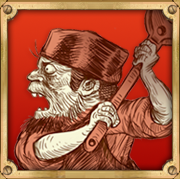 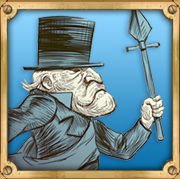 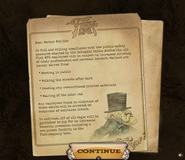 The pamplet for the Founders. 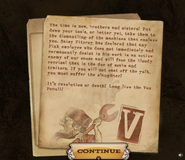 The pamphlet for the Vox Populi.
Add an image to this gallery

Retrieved from "https://bioshock.fandom.com/wiki/Industrial_Revolution?oldid=295006"
Community content is available under CC-BY-SA unless otherwise noted.