BioShock Wiki
Register
Don't have an account?
Sign In
Advertisement
in: Quotes without a source, Articles needing citations, BioShock Plasmids,
and 2 more

“Nothing clears a room like swarms of stinging bees.”
― Plasmid advertisement

Insect Swarm is a Plasmid available in BioShock, BioShock 2 and the BioShock 2 Multiplayer. It is an active Plasmid which instantly releases a swarm of killer bees, at the cost of EVE.

Once released, the swarm becomes a singular entity, circling an area and seeking out enemies. The swarm travels into different rooms and upstairs, making it useful in scouting. When a group of enemies is found, the swarm will pick a single target enemy and continuously attack it until it expires, or until the time limit on the swarm runs out, causing it to disperse. If the target dies before the swarm disperses, it will immediately move to attack a new target.

Insect Swarm is one of the few Plasmids that must have been a real head-scratcher for the general public when it first debuted, yet would prove to be an invaluable addition to the genetic arsenal of both beekeepers and workers of Arcadia, and therefore Rapture! After all, without bees, pollination would only occur via indirect air currents, and Arcadia's production of oxygen and food would be greatly hampered. As a result Gatherer's Gardens near apiaries such as the Silverwing Apiary would stock the Plasmid to allow beekeepers and workers of Arcadia to help keep the ecosystem alive and produce fresh honey to be sold on the Farmer's Market.

Its specialized usage would not stop marketing departments though, and they soon marketed Insect Swarm as the solution against pesky salesmen.[1]

In BioShock, Insect Swarm has no effect on Security Bots or Turrets, but Splicers that are unaware of the player and neutral or friendly Big Daddies will be targeted indiscriminately. Only a single swarm may be active at a time. Unlike most Plasmids, Insect Swarm’s manifestation does not change after each upgrade.

In Worlds of Hurt, Insect Swarm 3 can be bought at the Gatherer's Garden in the central hub for 80 ADAM. 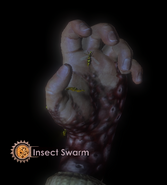 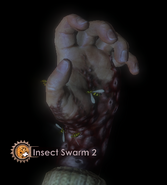 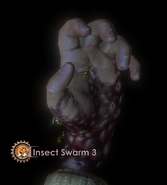 Insect Swarm is also available to the player in BioShock 2. The bees spawned by Subject Delta are smarter and more aggressive, seeking out hidden enemies and moving across several rooms.

“Summon a swarm of insects! Laugh as they seek out hidden enemies!”
― "Insect Swarm" training

First available at a Gatherer's Garden in Minerva's Den for 60 ADAM.

“Release a nastier swarm! Snicker as they seek out one enemy after another!”
― "Insect Swarm 2" training

Can be purchased for 130 ADAM in Gatherer's Gardens onward the first machine in Operations. 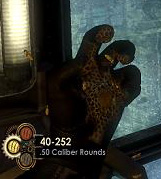 The Insect Swarm Plasmid being equipped by Delta. 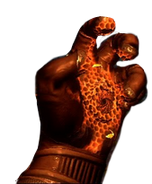 A clean render of Insect Swarm.

“When it comes to pesky salesman, this plasmid is the bee's knees”
― Advertisement

Insect Swarm is the last Plasmid received by the player in the multiplayer. Unlike Incinerate!, Electro Bolt or Winter Blast, the Plasmid has to physically move from the caster to the target to take effect. 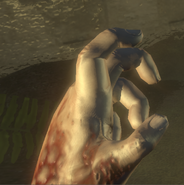 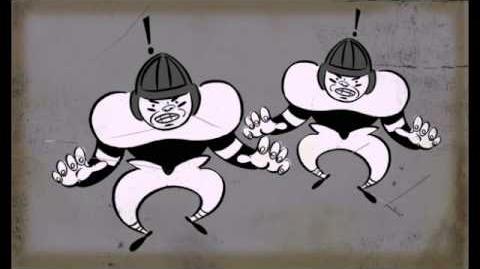 Introduction to Insect Swarm in BioShock. 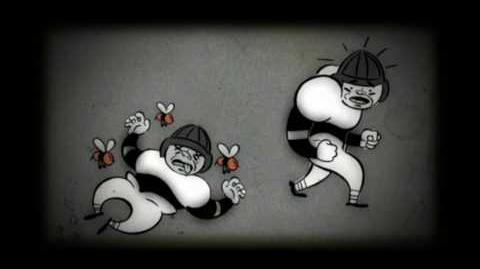 Introduction to Insect Swarm 3 in BioShock 2.

A person being attacked by bees in the Insect Swarm introductory video for BioShock 2 Multiplayer.