“Ryan's woman in Arcadia is an old betty named Langford. An okay sort, but not above doing a dirty job for a dollar.”
― Atlas[src]

Professor Julie Langford, Ph.D., is the scientist responsible for creating and maintaining Arcadia, a garden and arboretum that supplied oxygen to Rapture and the owner of Langford Research Laboratories. Unlike most residents of Rapture, she does not seem to be spliced or have an affliction from ADAM abuse, and seems relatively normal, despite her dangerous environment.

Before her descent to the underwater city, Langford was a renowned botanist and professor at the University of California Berkeley, where she had worked since the 1920s. Her research attracted both praise for its groundbreaking findings, and controversy for her "radical theories". For a time she worked for the United States government, offering assistance with various defoliation projects during the Second World War, including use against the Japanese on Iwo Jima.[1]

Her disappearance after leaving for Rapture did not go unnoticed on the surface. A newspaper article from January 7, 1949 commented that she was still missing by that date, despite an “intensive investigation”.[2]

Although truly loving the plants and her work on the gardens of Arcadia, she eventually was forced into making it a commodity, available only to paying visitors. Andrew Ryan decided to charge citizens not only for taking a stroll in Arcadia, but also to sell the vital oxygen created by the arboretum. She accepted such decisions, as in a later audio diary she states that she would have complained, but then remembered who signed her paychecks.[3][4]

As the use of Plasmids caused society in Rapture to deteriorate, Langford kept to her work, using the scientific advances of ADAM in her projects. One such project was the Lazarus Vector, a concoction that would be able to bring trees back from the dead.[5] During this time, Langford had trouble with the Saturnine, a group of Splicers who stole many of her materials for use in their nature worshipping cult.[6] Frequent lockdowns also slowed down her progress. During the Rapture Civil War, when Ryan closed Arcadia for good, Langford continued to make trips to her office there as she was close to a breakthrough in her project. 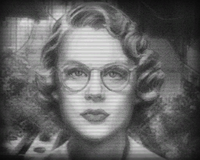 When Andrew Ryan releases a chemical into the atmosphere that threatens to destroy the plant life in Arcadia, Jack, spurred on by Atlas, seeks out Langford to see if she can help. As Jack approaches the locked laboratory, Langford appears on television monitors outside the entrance and is startled by what has happened to her trees. She accuses Jack for the death of them but quickly realizes that it was done by Ryan's hands, and asks Jack to find her a sample of Rosa Gallica while she continues working. When Jack gives Julie the rose he is granted access to her lab, but once he finally reaches her, Ryan floods her office with a toxic gas, while reminding her about how he holds property rights to Arcadia and the contract for the manufacture of the Lazarus Vector. Just before dying, Julie scrawls the combination to her safe on the window of her office. Within the safe, the player finds the formula for the Lazarus Vector, a concoction invented by Langford that promises to revive Arcadia's trees and other plant life.