“This is an emergency message from Ryan Industries, there has been an incident at the Kashmir Restaurant…”
― Emergency Announcement signifying the start of the Civil War.[src]

The Kashmir Restaurant was a well known, high class establishment located at the Welcome Center, where Rapture's wealthy upper class could go to enjoy fine dining in a relaxing environment. The restaurant was the first of the target locations of murderous attacks led by Atlas to take control of Rapture on New Year's Eve of 1958.

The Kashmir Restaurant was a popular spot in Rapture known for its diverse menu, live music, luxurious decor, and for hosting various parties, galas, and events. It also served as a location to showcase Rapture's extraordinary atmosphere to new arrivals to the city. It was run by a woman named Brenda. 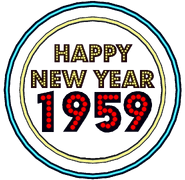 In celebration of the new year and the end of the troubles brought by Fontaine, a masquerade party was held in the Kashmir on December 31, 1958. The masquerade theme was adopted throughout Rapture and everyone with a "name" or money was sure to show at the party. Andrew Ryan was supposed to accompany his mistress, Diane McClintock, but he stood her up to continue working in Hephaestus.[1] From there, he broadcast his annual New Year's speech to the city, toasting the upcoming year.

Moments later, followers of Atlas initiated attacks throughout Rapture. In the Kashmir, a bomb went off in the large Atlas statue in the center of the restaurant, and Splicers armed with guns and Plasmids burst into the dining room screaming slurs against Ryan as they killed or injured many of the party guests.[1] Diane McClintock survived, but her face was disfigured in the attack.[2] The riots marked the start of Rapture's Civil War.

After the attack, the restaurant stayed relatively untouched, with the decoration from the dreadful New Year's Eve party still in place. Deterioration of its interior began with flooding of the lower level around the establishment's centerpiece, the Atlas statue. Steve Barker, the owner of an adjacent business, had complained about a hole in one of the bathroom walls,[3] which only got worse as time went by. By 1960, the only people left wandering the restaurant were deranged Splicers looking for food or ADAM, including Brenda herself.

Jack finds himself at the top of the Atrium with a mission and few options. Over the radio, Atlas has implored the crash survivor to head to Neptune's Bounty, rescue his family, and escape the underwater city. With the Le Marquis D'Epoque sealed, the only path forward is through the Kashmir Restaurant.

As Jack enters the restaurant, he finds the place to be a time capsule of life in Rapture, albeit a severely damaged one. The upper floor of the Kashmir was the site of restaurant's reception desk, several dining tables, the restrooms, and a bank of Pay-phones. Two glowing eyes will hastily appear in the dark vent near the restrooms and will just as quickly disappear again. A balcony provided a view of the statue and dining area downstairs. Decorations still hang perfectly still on the walls, but the crumbling balcony, and torn up floorboards don't really provide a festive mood. Bottles, party hats and masks have been left on the tables, untouched for a year. Despite this, the place is clearly not abandoned; on the floor below, Charley can be heard arguing with Brenda.

In Rapture's heyday, the Kashmir's restrooms would've been spotless and overseen by an attendant ready to offer patrons a spritz of cologne. Now, the restrooms are left in a dark and horrendous state with Splicers having torn some of the fixtures straight off of the floor. Jack, now spliced himself, sees a ghost suffering from the side-effects caused by splicing, in the women's room. He finds Steve Barker's Audio Diary Hole in the Bathroom Wall and deals with a Splicer hiding in one of the stalls. In the men's lavatory, he comes across the infamous hole, which leads to the neighboring Footlight Theater.

The lower floor was where most of the partying took place. This area featured the restaurant's kitchen, the main dining area, a Cocktail Lounge, a small stage, and of course the restaurants iconic Atlas statue. The Kashmir's second entrance is blocked by the corpses of citizens who trampled each other trying to escape during the riots.[4] The dining area around the Atlas statue has flooded, and several of the tables have been smashed by pieces blown off the statue during the explosion. Diane McClintock's Audio Diary New Year's Eve Alone was recorded at the exact moment the New Year's Eve Riots started.

Brenda has locked herself in the kitchen in order to indulge in some "hard earned" ADAM. Should the player decide to deal with Charley, she'll unlock the door and run out. The lack of proper attendance has left the cooking space in a sickening state. Grime covers almost every surface, the lights have all gone out, rotten food covers the countertops, and dishes have been left smashed all over the floor. The body of an unfortunate man can be found slumped over a Cash Register at the back, and a strange green glow emanates from one of the refrigerators.

As Jack explores the area by the refrigerators, two new Splicers enter the Kashmir. When he returns to the dining room, he finds them searching through the water. Atlas offers some instruction and Jack witnesses what a powerful combination water and Electro Bolt can be.

The Kashmir Restaurant does not appear in BioShock 2, but posters for the business appear throughout the city. Grace Holloway mentions the attack on the establishment in her Audio Diary Closing the Limbo Room.

During the player's introduction to Sinclair Solutions Home Defense Program and their new apartment, an emergency announcement will play informing citizens of an "incident" at the Kashmir and asking them to return home. At rank 3, a message from Sinclair Solutions reminds its customers of the tragic accident at the restaurant, using it as an excuse to make people more desperate for defensive Plasmids and Gene Tonics.

A different area of the restaurant becomes a battleground for players during matches, but the original restaurant from BioShock, where flames still surround the Atlas statue, can be seen from the window of the Silk Lounge.

Much like the original version of the Adonis Luxury Resort level in the main game, a Kashmir Restaurant poster can also be found in The Adonis Baths map of The Protector Trials, which is based on the said level. The poster is found above a bench by the Adonis' entrance.

When Booker DeWitt and Elizabeth enter the Welcome Center through a Tear into an alternate version of Rapture, multiple signs for the restaurant are seen throughout the city.

The restaurant is seen in its prime through the windows of Market Street, and a large banner in the area invites citizens to celebrate New Year's at the Kashmir. Herschel Weiss mentions in one of his Audio Diaries that an ice sculpture made using the Plasmid Old Man Winter had been commissioned for a gala that took place there a few months previously. Since it was made of dry ice, and not standard ice, the 2,500-pound sculpture still stood where it had been, a month later.

In the Bridal shop in Fontaine's Housewares Department, there is a female Splicer dancing among mannequins, hallucinating about her first dance at her wedding with a man she fell in love with at first sight at the Kashmir despite the latter being with another woman.

As it is New Year's Eve, the Kashmir is mentioned several times during this episode. An audio diary by Felix Molloy can be found in Test-Drive, revealing that the Kashmir was one of the many places planned to be attacked, depending on when Atlas and his men escaped the Department Store. Elizabeth manages to help them escape just in time for the Kashmir's masquerade ball; thus sealing the restaurant's fate. Sometime later, Elizabeth regains consciousness for a brief moment and hears Atlas informing Lonnie that "The Kashmir's all blown to Hell".

Two weeks after the attack, the bombing of the restaurant is mentioned again in a radio announcement covering the ongoing civil war.

Story board for the attack on the Kashmir for BioShock 2.

Concept Art by Scott Duquette for the mood of pre-fall Rapture in Burial at Sea, using the Kashmir Restaurant as an example.

An early version of the Kashmir entrance, seen during the level's loading screen.

A Rosie Big Daddy in an early version of the restaurant.

Unused advertisement for a limited time show by Jasmine Jolene at the restaurant, designed by Joshua Viers.

The restaurant hasn't been in business for some time.

The restaurant as seen in BioShock iOS.