“His many songs subjugate the charts! Can all this amazing music come from just one man?!”
― "Magical Melodies Sweep Columbia!"[src]

Magical Melodies is a studio, music publisher, and record label owned by Albert Fink. The main studio is located in the Market District in Downtown Emporia. Under the company, Fink has published several very successful songs, catering to the whims of the Columbian public.

In reality, songs were plagiarized from the future due to Albert Fink's discovery of a Tear inside his studio.[1] When the player discovers this Tear, Cyndi Lauper's "Girls Just Want to Have Fun" can be heard playing from within.

Magical Melodies was heavily damaged during the Vox Populi attack on Emporia. Albert's body can be found right near the Tear. The phonograph plays another of his plagiarized works in the form of a period-correct version of "Everybody Wants to Rule the World" by Tears for Fears. 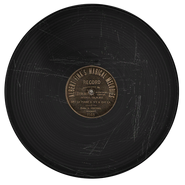 The record label found on phonographs throughout Columbia.

A poster for "God Only Knows," a song provided to Columbia through Albert Fink.

A variation of the poster that appears in Elizabeth's bedroom. 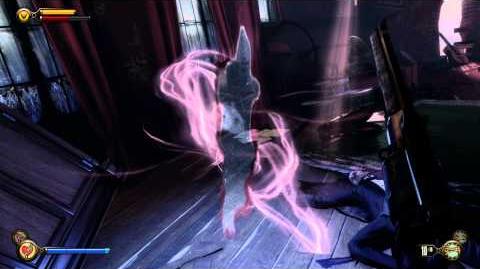 Retrieved from "https://bioshock.fandom.com/wiki/Magical_Melodies?oldid=315941"
Community content is available under CC-BY-SA unless otherwise noted.