“Because You're Not One of Them.”
― Advertisement for Fontaine's Menswear[src]

Menswear is a major department in Fontaine's Department Store. During the events of the BioShock Infinite downloadable content, Burial at Sea - Episode 1, Booker DeWitt and Elizabeth must journey through here in their search for a bottle of Old Man Winter. 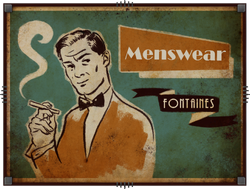 The average man of Rapture wanted to look his best, and a major part of that image was tied to the quality of his clothes. In its time, Menswear was one of the busiest sections of Fontaine's Department Store. The department's mission was to help the gentlemen who came in exude confidence, style, and masculinity by outfitting them with the latest in Rapture fashion. The cavernous space was filled with a variety of men's garments from many different brands.

While Menswear was a successful department, it would soon find itself in the dark. After Frank Fontaine was killed while being arrested for his crimes, the Rapture Central Council elected to nationalize Fontaine's. Not long after, the trio of store buildings was hastily converted into a prison to house the gangster's followers and lowered into a trench beyond the city. The increased water pressure, lack of maintenance, and infighting among the spliced up inmates lead to damage and deterioration throughout the store.

Booker and Elizabeth enter Menswear through the first floor of the Pavilion. At the Checkout, they find a pair of figures frozen solid by the Frosty Splicer they’re searching for. In the Menswear department proper, they spot a group of four Splicers trying to break into The Daily Bread. Booker notes the possibility for laying a trap, if the two of them are careful. Two more Splicers are upstairs.

Menswear is an open, split-level showroom. The Daily Bread diner is on the lower level, suits and separates from different design houses are sold throughout, hats and dressing rooms are on the second level, and a Checkout post that displays various colognes and perfumes is on the mid-level landing.

A Machine Gun turret guards the area around the Dressing Rooms. Inside, Booker finds a lockpick, the Gear Filthy Leech, some other loot, and the name “Ford Dundee” scrawled repeatedly across the wall in increasingly frenzied, bloody handwriting.

In the Hats section, there’s a crawlspace where an unhinged Splicer has taken residence. He's making a “wife” out of a mannequin as Booker gets the drop on him. In addition to food, there’s the Audio Diary Left Behind, a wallet, and a lockpick. After investigating the space, a Splicer appears in the area and another one by the Checkout station. 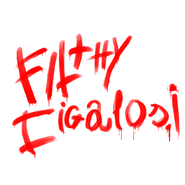 Booker and Elizabeth advance to the stairs to the second floor only to find they’ve collapsed. Fortunately, there is an ornamental lighting sconce Booker can use to bridge the gap with his Air Grabber. There’s also some valuables nearby such as a lockpick. DeWitt reaches the top and witnesses an intense shootout occurring in Workman’s Wear as Splicers engage with one another. After the gunfight, Booker collects the Gear Evil Eye on the Workman’s Wear counter and can proceed left to the Pavilion or right to the Haberdashery.

The Haberdashery sells shirts, suits, and glasses and is patrolled by a lone Splicer. In the rear, a turret is stationed in front of the dressing rooms, which contain a Gear piece, the audio diary Critics, and some Tommy Gun ammo. Several Splicers appear outside the store after Booker checks it out.

Booker and Elizabeth head to the left and find themselves out of Menswear and back in the Pavilion on the second floor.

Because You're Not One of Them.

Empty, but not unguarded.

So much for the easy route.

A light in the darkness.

Because You're Not One of Them - Fontaine's

The Hat Makes the Gentleman 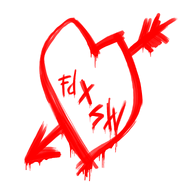 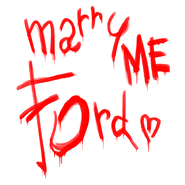 The "Cadets for Naval Aviation take that something extra – Have you got it?" poster.

The Marque PKZ poster.
Add an image to this gallery

Retrieved from "https://bioshock.fandom.com/wiki/Menswear?oldid=322174"
Community content is available under CC-BY-SA unless otherwise noted.