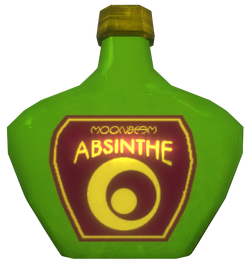 “You could hardly call me an artist, without the twinkle of Moonbeam.”
― Sander Cohen; Moonbeam Absinthe Ad[src]

Moonbeam Absinthe is one of the several different types of drinking alcohol found in Rapture. Alcohol restores Health, but drains EVE. If multiple units are consumed back to back, a short duration of blurry/double vision will occur.

As with all alcoholic beverages, the Incinerate! Plasmid can turn this drink into a deadly weapon. If set aflame, use Telekinesis to throw it at enemies. 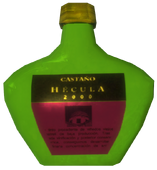 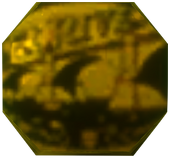