“Turn Every Room into… a Peepshow!”
― Advertisement[src]

Peeping Tom is a drinkable Plasmid featured in Burial at Sea - Episode 2.

This Plasmid enables Elizabeth to turn completely invisible, allowing her to sneak past enemies or stealthily eliminate them. This Plasmid also has an "X-ray" feature, which allows Elizabeth to detect nearby enemies and objects through walls if she is standing still.

When the Plasmid is cast, Elizabeth will be able to look through walls and see the outlines of enemies, pick-up items, and tactical objects (e.g. Air Vents, Freight Hooks). Enemies give off different colored glows depending on their alert status: white means the enemy isn't aware of you, yellow means the enemy is aware of your presence and is trying to find you, and red means the enemy is engaged in combat. They can also appear red when fighting with other enemies (e.g. Big Daddy fighting Splicers). Pick-up items appear blue, and tactical items appear pink. The "X-ray" vision will remain until Elizabeth moves. Charging the Plasmid will cause the player to become invisible until the charge is released, as well as allowing the "X-ray" vision to remain in use while Elizabeth is moving. 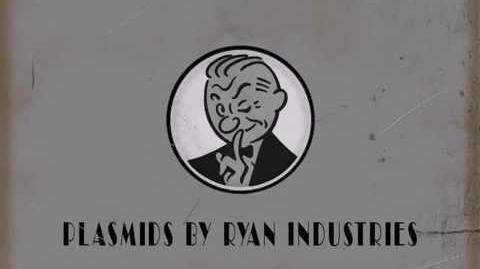 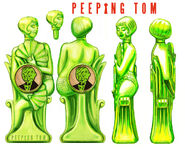 Concept art for the bottle.