For the Pistol in BioShock Infinite, see Pistol (Columbia).

The Pistol is a weapon that the player can use in BioShock and BioShock 2 Multiplayer. Pistols have a good rate of fire, good range and accuracy, and deal a moderate amount of damage.

The Pistol is the first ranged weapon obtained in BioShock. This weapon can be first obtained in Welcome to Rapture. The damage and clip size can be upgraded at a Power to the People station, making the Pistol a far more effective weapon. Headshots with the Pistol will inflict 400% damage against Splicers. 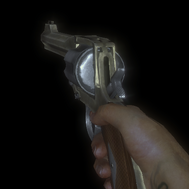 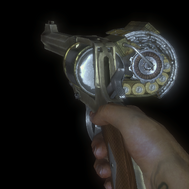 A Pistol with Clip Size Increase. 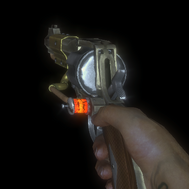 A Pistol with Damage Increase. 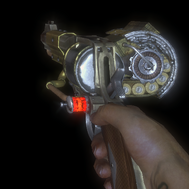 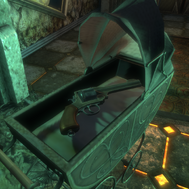 The Pistol in a crib.

The Pistol returns as a usable weapon in multiplayer, and is unlocked right from the start. It is listed as an accurate and moderately damaging weapon, good for mid-range combat.