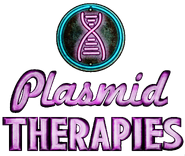 “Feel the SPARK of VIVACITY at the fingertips of our specially trained therapists.”
― Advertisement[src]

Plasmid Therapies, or Plasmid Therapy, is a spa located in the Adonis Luxury Resort of Rapture. The spa offered a variety of cutting-edge treatments for the customers, such as the Rapture-exclusive Plasmid therapy.

Even in a location like a Rapture, a paradise built for the hardest workers and brightest minds on Earth, everyone needs a day off to recuperate in a relaxing environment. One such place was Plasmid Therapies, a part of the Adonis Baths. This swanky establishment provided its upper-class patrons with a variety of health and beauty treatments such as a sauna, tanning salon, mud bath, and the rejuvenating Plasmid-based therapies, that used the likes of Electro Bolt. Customers could also buy various ADAM-based products from the Gatherer's Garden, such as the Slim-Down and ReJuvena line of Gene Tonics.[1]

As the Rapture Civil War broke out at the end of 1958, the Plasmid Therapies along with the rest of the Adonis was largely abandoned. Plasmids were utilized for war and no one felt safe enough to venture out for a spa day. Like everything else, the business collapsed, the facility suffered major structural damage, and thriving sea life emerged from the leaking cracks of the building.

10 years after committing a forced suicide, Subject Delta awakes from a Vita-Chamber in the Adonis Luxury Resort. He continues through the ruined vacation destination until reaching the Adonis Baths, where the electricity is out and the exit is impassible. He notes the pool room generator and figures that activating it will be his best chance at escape. An Audio Diary left by "Big Kate" O'Malley, the supervisor of the facility, hints that the Plasmid Electro Bolt could be Delta's solution. He heads to the Plasmid Therapies, where a sign in the entrance hall advertising the Electro Bolt-based Plasmid therapy suggests that he is in the right place.

The entrance hallway connected the facility's different amenities together. The path to the right leads to the Finnish sauna, which is locked with a keypad. The numbers 1540 have been scrawled in the steam on the glass inside of the sauna. Upon unlocking the door, the corpse of Rachelle Jacques will fall out. She was seemingly locked inside the sauna and died of the heat and dehydration. The sauna contains her Audio Diary Fitness, some Rapture Dollars, and Drill Fuel. Further on, the hall leading to the facility's tanning salon and mud baths has been blocked off by the collapsed ceiling. A Little Sister Vent is set near the reception entrance. A racket and ball by the debris indicates that the facility housed a tennis court in some form.

As Subject Delta first enters the hallway, shots ring out from the left and a female Splicer emerges and falls over a candle lit-table as she's gunned down. The perpetrator, a deranged doctor, turns his attention on Delta.

After dealing with the Splicers, Delta enters Plasmid Therapies proper. Delta heads straight ahead towards the Gatherer's Garden which is surrounded by children's toys and crayon scrawled messages left for Delta left by a girl named Eleanor. As he approaches, he sees a vision of a young girl and hears her call out "Father!" Eleanor has also left a gift for Delta: the much needed Electro Bolt Plasmid. He injects the Plasmid, is stunned by its effects, and falls to the floor. As he looks up, he sees a Little Sister, who explains that Delta must find Eleanor, but as soon as she finishes her sentence, a long skinny armored creature comes screaming out of the broken wall and snatches the girl, breaking the reception door as she runs out. Delta is able to unlock the malfunctioning door with his new Plasmid and can now leave and jump-start the pool area generator.

The reception area of Plasmid Therapies was were citizens could learn about various services, make purchases, and wait for the scheduled appointments. The place is in a dreary state, with leakage, grime, and debris everywhere in the dimly lit area. A small garden outlines both sides of the entrance, with an EVE Hypo resting on the edge of the garden under the door control. Someone has apparently been living behind the reception desk, as a mattress, suitcase, candles, paper butterflies, and several copies of Unity and Metamorphosis can be found. A cut out of a woman from the "Rapture's Best and Brightest - 1952" poster (a copy of the full poster hangs in the reception) has been put up on the wall with the text "Lamb is Watching" written next to it. The Cash Register is unlooted and a EVE Dispenser hangs on the wall, which was once used by the Plasmid therapists. Most of the seating areas have been destroyed and a large hole can be found in the wall next to the reception counter.

Further inside are the therapy rooms where the patients would get invigorating Plasmid treatments. Here Plasmid Therapy treatment room 1 and 2 are found, both partially flooded and thriving with coral. The therapy beds are located in the center of the Greco-decorated rooms. In treatment room 1, a burnt female Splicer rests in peace on the therapy bed. She was likely a customer of the deranged doctor encountered earlier. Smoke is still coming from her body. An armchair has been toppled and a pack of Nico-Time Cigarettes sits nearby. Treatment room 2 is vacant and the only loot for the player are Oxford Club cigarettes and a few dollars.

The Plasmid Therapies exist in The Protector Trials, the arena-based downloadable content for BioShock 2. The entrance to the facility can be found in the map based on the Adonis Luxury Resort level: The Adonis Baths, but the Securis door is locked, making the interior inaccessible. A cubist painting can be found in the entrance hall, which also exists in the main game. Once the Little Sister starts to gather ADAM, Splicers will come running from the Plasmid Therapies to stop the unidentified Alpha Series Big Daddy and his Little Sister. 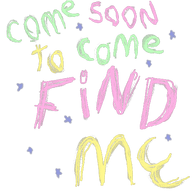 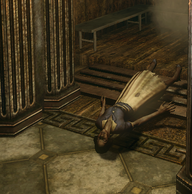 The body of Rachelle Jaques.