PlayStation All-Stars: Battle Royale, often abbreviated as PSASBR or PASBR and originally named Title Fight, is a crossover fighting game, developed by SuperBot Entertainment, and published by Sony Computer Entertainment for the PlayStation 3 video game console. It was revealed on April 26, 2012 during the GTTV television show.[1] It was revealed at both E3 2012 and PlayStation's Facebook page that one of the new playable fighters for PlayStation All-Stars: Battle Royale was the Big Daddy Bouncer from BioShock (along with Nathan Drake from Uncharted). The Bouncer is the first multiplatform character confirmed in Sony's attempt for a crossover fighting game featuring PlayStation's iconic characters.

In a non-canonical story in the game, a Plasmid-enhanced Bouncer (referred in the game as simply "Big Daddy") and his Little Sister were gathering ADAM in Rapture. They're unexpectedly transported into an arena-like universe to fight the PlayStation All-Stars in their own different universes.

After their fight, they encounter Polygon Man, the original Mascot for PlayStation brand, who manifests as an End-Boss, summoning polygon-like versions of the PlayStation All-Stars to fight Big Daddy. After Polygon Man's defeat, both Big Daddy and Little Sister are transported back to Rapture. Little Sister sings as the duo carry on with their routine of gathering ADAM as if nothing happened. While a strange blue aura highlights the Big Daddy, the Little Sister reflects that while friends come and go, the two of them will continue on with their cycle together.

Big Daddy uses his brute force to fight. Whether using his fist or his drill, it's difficult to stand up to his armored ambush. Unlike conventional Bouncers, this Big Daddy is enhanced with Plasmids (similar to the Alpha Series of BioShock 2 like Subject Delta) such as Electro Bolt and Incinerate!. He's also outfitted with a radio, which broadcasts quoted speeches from Andrew Ryan. His attacks are not easily interrupted and they offer opportunities for many combinations. One counter to Big Daddy's strength is his low running speed. He has few options to get close to opponents, but his "Charging Rush" attack cannot be interrupted by a single regular attack due to Super Armor and can move at fast speeds.

Note: All quotes are said by Andrew Ryan, via radio: 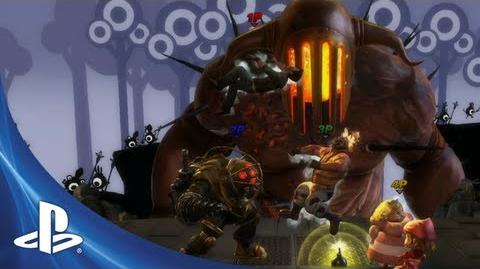 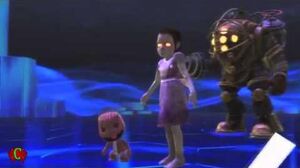 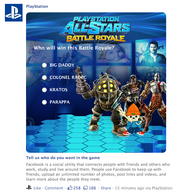 The Beta-Columbia stage, revealed early in a file leak in the Beta of PlayStation All-Stars: Battle Royale.

The Little Sister hugging Sackboy.
Add an image to this gallery

Enemies of BioShock Infinite appearing in the later half of the Uncharted Stowaway Stage.

Big Daddy in the LittleBigPlanet stage. 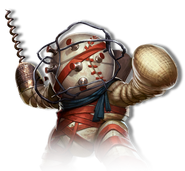 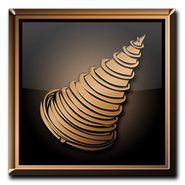 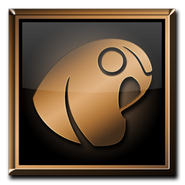 The "I Chose The Impossible" Trophy icon, featuring the Songbird.
Add an image to this gallery

Behind The Scenes[edit | edit source]

Retrieved from "https://bioshock.fandom.com/wiki/PlayStation_All-Stars:_Battle_Royale?oldid=328065"
Community content is available under CC-BY-SA unless otherwise noted.