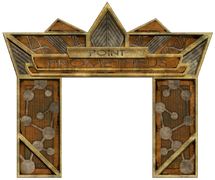 “The only way to get through that door Fontaine went through is to have a little one open it for you. Und they'll only trust you if you look like, sound like, und even smell like one of those big, stinking brutes.”
― Brigid Tenenbaum[src]

Point Prometheus, is the twelfth level of BioShock. Jack has to transform himself partly into a Big Daddy in order to pursue Frank Fontaine through the Proving Grounds.

“The Great Will Not Be Constrained By The Small”
― Banner[src] 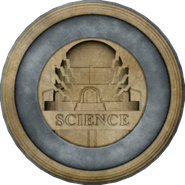 Located at the edge of the city,[1] Point Prometheus was Rapture's genetic research center, mainly focused on the development of Plasmids and genetic modifications at Optimized Eugenics (previously the Fontaine Futuristics Genetic Research Department), and the creation and bonding of Big Daddies and Little Sisters respectively at Failsafe Armored Escorts and the Little Wonders Educational Facility. The Mendel Memorial Research Library which holds a collection of science books on genetics was also located there. Finally, Point Prometheus featured its own Memorial Museum dedicated to biology and notably Rapture's sea-life, and was later closed down and re-purposed into the Proving Grounds, an obstacle course to test Protectors and Gatherers.

The facilities were run by Dr. Yi Suchong under the management of Frank Fontaine and later Andrew Ryan after the nationalization of Fontaine Futuristics. During the first two weeks[2] of the civil war, Point Prometheus was overrun by rebels.[3] and Suchong relocated all his studies on his Protection Bond to his own secret laboratory in Apollo Square, eventually leading to his accidental death by a successfully-bonded Big Daddy.[4] After the rebels had been forced out of Point Prometheus, and Ryan condemned Fontaine Futuristics' headquarters,[5] the facility became one of the few remaining establishments to engineer ADAM products in the city.

By the end of the civil war and Jack's arrival in Rapture, the labs are in bad shape but still contain plenty of components scattered around for the creation of at least one more Big Daddy.

The main hall of Point Prometheus is segmented into two sections and connects to all locations in the complex: the Rapture Metro station, the library, and the Memorial Museum turned Proving Grounds in the first area, and the science facilities in the second. Both halls have sea life displays, and the first at the entrance also houses the Genetic Modification Library.

Failsafe Armored Escorts is the Big Daddy manufacturing facility. One enters this facility through two adjacent Decontamination Chambers. Inside are many areas vital in the Big Daddy creation process, including Candidate Induction, Suit Assembly, and Candidate Conversion.

This is the Little Sister training and production facility. The bottom floor houses several small cells for Little Sisters. There are numerous crayon drawings on the pink walls of the rooms, frequently depicting Big Daddies. The top of the cells are open to the level above, allowing observation by scientists on the top floor. There is also a room labeled "Autopsy," used for the actual surgery where girls are implanted with the slugs and physically transformed into Little Sisters.

Presumably, this Library was used by the scientists who needed information on genetics during their research and development of Plasmids. Books found in this library include "Dawkins Law," "Evolutionary Biology," "Applied Genetics," and "Mendelian Practice." A shipment of Big Daddy boots was accidentally directed here, and can be found near the librarian's table.

This area contains several laboratories. Sub-areas like Plasmid Prototyping, Eugenic Analysis, Live Subject Testing, etc. suggest that this was an important laboratory where many Plasmids and other genetic modifications were developed and tested. One enters this facility through Decontamination Chambers. 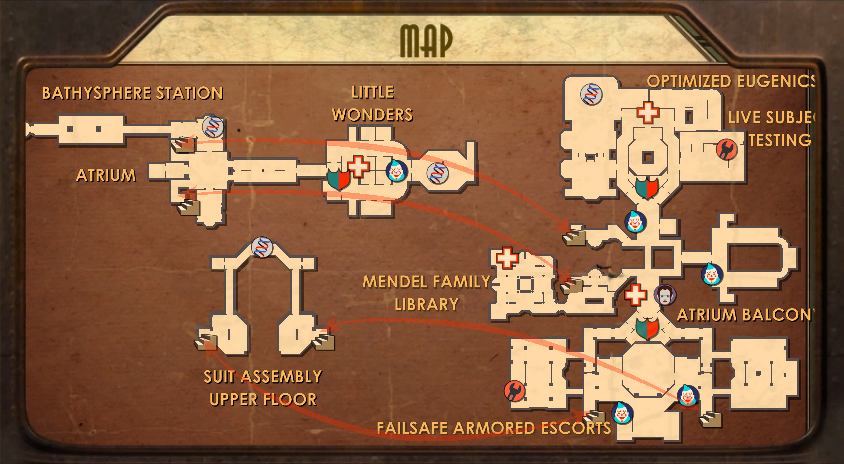 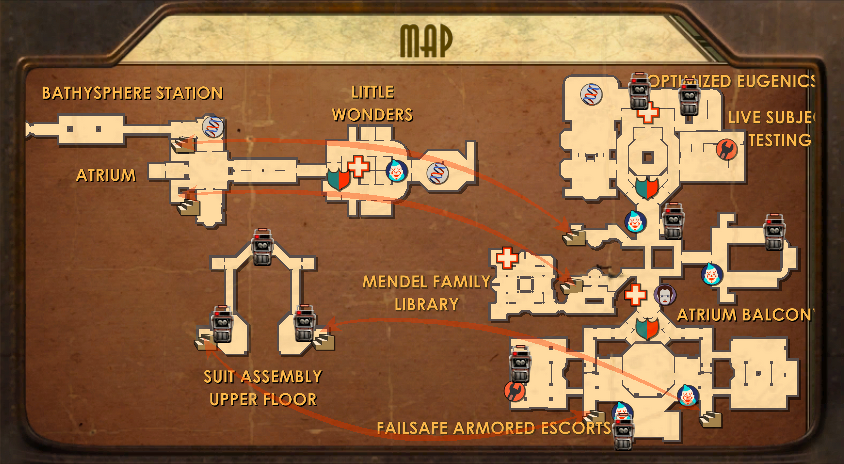 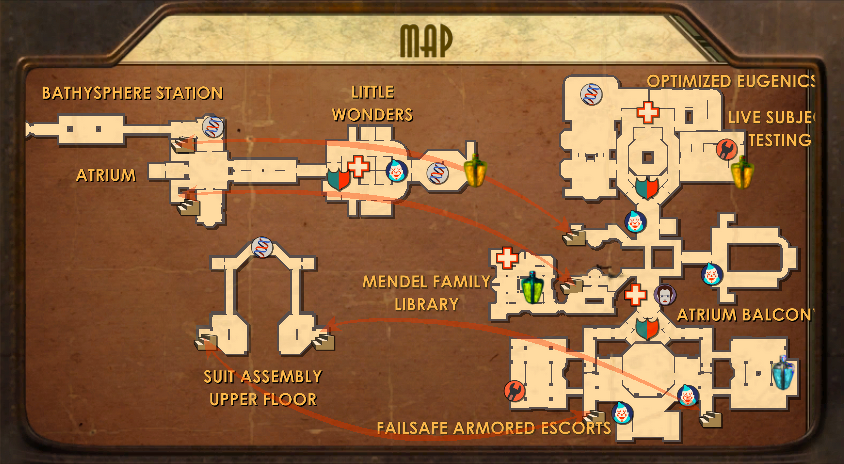 Concept art of a laboratory, presumably developed into Point Prometheus, by Mauricio Tejerina.

The needed helmet, boots, and bodysuit.