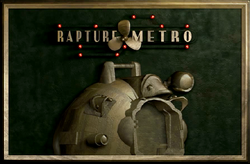 For the DLC of the same name, see Rapture Metro Pack. 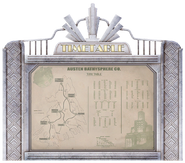 The Rapture Metro was founded by Anton Kinkaide and originally comprised of two parts: the tram system shown connecting to different residential areas and the automated Bathyspheres from Austen Bathysphere Co. The Rapture Metro also owned a number of indirect access routes connecting different parts of the city, charging people a small fee for using them. The Transit Hub in the Welcome Center was one such access route.

It was in direct competition with Prentice Mill's Atlantic Express railroad. Both the bathyspheres and the Atlantic Express trains were used for mass transit to carry citizens between separate regions of the city, but the Rapture metro stations took up less space, thus leading to a larger number of stations and quicker travel.

A hub for the tram system was located at Apollo Square, and it had branches running to the upscale apartments of Athena's Glory and Mercury Suites in Olympus Heights, to the working class Artemis Suites, and the poorer Hestia Chambers.

Before the Rapture Civil War, the Rapture Metro followed a timetable of scheduled arrivals and departures of trams, and bathyspheres. Most stations contained waiting areas and ticket booths where citizens could purchase tickets or inquire about routes and destinations. Terminal boards would update and alert passengers to delays or early arrivals. Rapture Central Computing's mainframe, The Thinker, regulated much of the Metro's automated networks and transport.[1]

With the Civil War causing an economic crash in the city, Prentice Mill, founder of the Atlantic Express, became bankrupt and sold his company and the train system to Austen Bathysphere Co. which integrated it into their own transportation systems to service the older parts of Rapture.[2][3] When all bathysphere travel was put on lockdown as a security measure, the Atlantic Express replaced it.[4]

With the ongoing chaos, the Rapture Metro system received serious damage, and several of its stations became flooded. Some bathyspheres remained functional, but Andrew Ryan restricted their use to his inner circle and himself, having them coded with "genetic keys". The tram lines that once ran between residential areas have ceased functioning, with many trams derailed and wrecked. After Ryan's death and the end of the civil war, Sofia Lamb took control of Rapture and prevented citizens from attempting to leave the city. Travel on the trains and bathyspheres was limited to eliminate unauthorized travel, and the stations continued to decay from neglect. 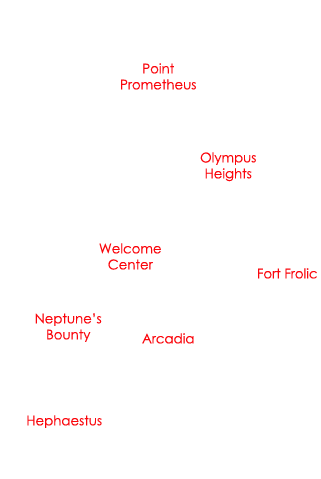 The Austen Bathysphere Co. comprised the bulk of the Rapture Metro system. 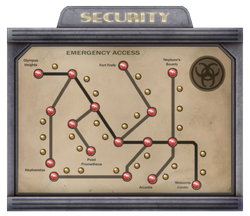 Due to its importance as a major healthcare center, the Medical Pavilion had a special docking station for Emergency Access in case of a travel lockdown. Other areas of the city also had Emergency access stations, but if one was unavailable, it is able to access all parts of the Rapture Metro. 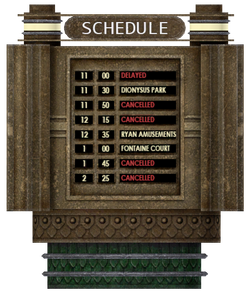 At the time of its bankruptcy, Atlantic Express stations only serviced older parts of Rapture. It was incorporated as an extension of the Metro.

By the time Jack arrives in Rapture, the tram system is non-functional, but the bathyspheres can still be used by him despite the lockdown. Each of the Rapture Metro stations are stylized and decorated to suit the aesthetics of the district in which it is located in.

Subject Delta's main transportation device in his journey is the Atlantic Express, which remained partially functional and goes through the older parts of Rapture. Only a single Rapture Metro bathysphere station is found in the Adonis Luxury Resort, that Mark Meltzer used to gain access to Rapture. Years after the events of BioShock, with the lockdown lifted, the bathysphere system was repaired and functional enough for Mark Meltzer and Brigid Tenenbaum to enter, and attempted escapes from the city by its inhabitants.

Subject Delta traverses through Rapture via the Atlantic Express South-East line from the Atlantic Express Depot to Fontaine Futuristics. As he travels through the ruins of what was once the shining city of Rapture, Delta is able to see what remains of the Rapture Metro transit systems, with torpedoed bathyspheres and derailed train cars scattered across the ocean floor. Due to lack of maintenance and the Civil War, many of the remaining branch lines for the Atlantic Express were left to ruin or non-functional.

The Rapture Metro serves as the main transportation device for the field testers of Sinclair Solutions' Home Consumer Rewards Program. Each was provided a personal bathysphere by the company, along with their own apartment, giving them access to the different parts of Rapture. Almost every site has a inaccessible Metro station, including locations that did not have them in the main games, such as the Farmer's Market and Pauper's Drop.

Other parts of the Metro are also represented. The tram system, seemingly in working condition but not operating, can be seen from the entrance of Fontaine's Home for the Poor and the Mercury Suites. Inactive Atlantic Express schedule boards can also be seen in two levels of BioShock 2 Multiplayer: at the entrance of Fontaine's Home for the Poor near the tram, and in a hallway leading to the Neptune's Bounty metro entrance, although there is no visible train station nearby nor was there any on the original BioShock levels from which these maps took inspiration.

Though the Rapture Metro system was not used by Subject Sigma during his journey through Minerva's Den, an Atlantic Express station exists within the establishment but is inaccessible and possibly heavily flooded, as the tunnel connecting the station to the facility was destroyed.

A downed bathysphere can be found on the rock bed near the Operations sector, where Sigma must retrieve a signal beacon. Wrecked Atlantic Express tracks and a train cart can be seen out in the Ocean nearby. Reed Wahl, co-founder of Minerva's Den, took extreme measures to cut off any outside contact, including preventing or destroying any possible means of transportation or ways of traveling to Minerva's Den.

When Elizabeth and Booker DeWitt find themselves in Rapture, they head towards the Bathysphere Station in the Welcome Center where they take a bathysphere to The Lighthouse in the reverse manner of Jack's arrival to the underwater city. They use a bathysphere in the second dock, beside the one he used, which was originally sealed off and its connecting bridge destroyed.

In Burial at Sea - Episode 1, as Elizabeth and Booker regain consciousness, they descend into a marine trench in the outskirts of the city via a bathysphere sent by Sander Cohen to Fontaine's Department Store. The Metro system uses a different model Bathysphere than the more utilitarian one Jack uses the following year, one with a more elegant design.

In Burial at Sea - Episode 2, in Atlas' hideout in the Housewares building of Fontaine's, a map of the Austen Bathysphere Network can be seen with possible targets for an attack, circled in red. Two weeks after the beginning of the Civil War, Atlas drops Elizabeth off at the Metro Station in Artemis Suites, revealing that the apartment building contained its own Rapture Metro station.

An unused poster for the Rapture Metro by Robb Waters. Some destinations appear to be removed content.
Add an image to this gallery

The Hephaestus Rapture Metro Station with the power down.

The Point Prometheus Rapture Metro Station.
Add an image to this gallery 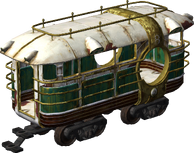 The tram as seen in the Fontaine's Home for the Poor Level.
Add an image to this gallery

Retrieved from "https://bioshock.fandom.com/wiki/Rapture_Metro?oldid=320127"
Community content is available under CC-BY-SA unless otherwise noted.