Transcript: Ryan nationalized Fontaine Futuristics -- he owns it now, lock, stock and barrel. For the good of the city, he says. He'll break it up in due time, he says. I've resigned from the Council and lodged me letter of protest, but that's just pissing in the wind. It'll be war, I say… unless somebody stops Ryan, and right fast.

Location: Hephaestus Central Control, Entry, in a crate near the Circus of Values machine. 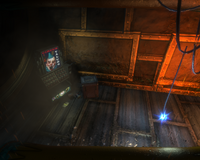 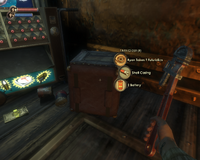 Retrieved from "https://bioshock.fandom.com/wiki/Ryan_Takes_F_Futuristics?oldid=314950"
Community content is available under CC-BY-SA unless otherwise noted.