BioShock Wiki
Register
Don't have an account?
Sign In
Advertisement
in: Quotes without a source, BioShock 2 Plasmids
English

“Worried about your future? Scout the situation before going ahead. Get the jump on your enemies with a Plasmid surprise!”
― Ryan Industries

Scout is a Plasmid in BioShock 2. It allows the player to control a ghostly projection of the character, leaving their real body behind (and vulnerable to attack). Disembodied form grants invisibility while moving as well as the ability to hack and use Plasmids, but prevents the user from accessing their weapons. However, the player's ghost must return to their physical body in order to proceed with normal action. Only a limited amount of Plasmids can be cast before the user has to return to their body. If the user's body is attacked, Scout will automatically be terminated, forcing them to return to their body. Scout has a maximum range of a few hundred feet in-game. Venturing beyond that causes the player's vision becomes blurred, and continuing further will automatically return the user to their body. 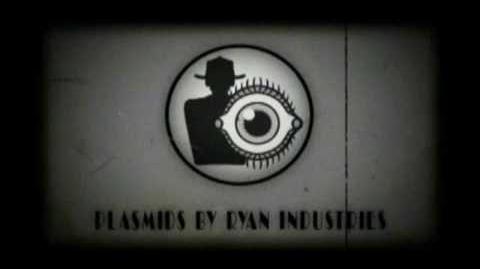