“It's always been there, I just… I just couldn't see it.”
― Elizabeth[src]

The Sea of Doors is the space between all worlds that Elizabeth leads Booker DeWitt through in order to revisit parts of his past, during the finale of BioShock Infinite.

After Booker and Elizabeth order Songbird to destroy the Siphon, Elizabeth's powers become fully restored. She transports herself, Booker, and Songbird to the underwater city of Rapture, where Songbird is crushed by the water pressure outside the city. Confused, Booker wonders where Elizabeth has taken him, to which she replies that this place is a doorway, one of many. After riding the Bathysphere to the surface, they emerge at the lighthouse. The night is glistening with the light of countless stars. Elizabeth at first has trouble opening the door to the Sea of Doors because she seems to not have the key to open it. To her surprise, it suddenly appears in her right hand. She realizes it was always there, she just couldn't see it from the right angle.

The duo head through the door and emerge surrounded by countless lighthouses. Booker is astonished and confused as to what this place is and why Elizabeth led him here. She explains that "there are a million million worlds, all different, all similar." She also explains that in each world, there are constants and variables, stating that "there's always a lighthouse, always a man, always a city"—that all these things remain the same, which is why in this realm, all the doors to every reality are represented as a lighthouse. Yet, there are variables that account for differences and opposite choices, making any and all realities unique. They then go through another door to a different series of lighthouses that relate to the realities that Columbia exists in. The pair see other versions of themselves as they find and walk through another door.

Elizabeth then makes Booker relive his past from rejecting the baptism to becoming addicted to alcohol and gambling to selling off Anna to the rowboat ride to the lighthouse. Horrified about how things played out in his past, Booker becomes convinced that in order to undo what had happened, he needed to smother Comstock as a baby. Instead, Booker is taken back to the baptism site. Elizabeth shows him that only in one set of realities he rejected the baptism. However, in the other set of realities, he accepted the rite, was baptized, erased his past, and was born again as a new man—Zachary Hale Comstock. Then, the various alternative Elizabeths agree to drown Booker preventing Comstock from being born. With this, Columbia is also erased.

The Sea of Doors is briefly visited by Elizabeth during one of her flashbacks. After discovering her own corpse, Elizabeth remembers the Lutece twins using a rowboat to bring her to the Lighthouse leading back to the version of Rapture in which she had been killed. The Sea of Doors then looks quite different; plunged into impenetrable darkness with dead bodies floating under the surface of the sea. The twins warn her about the dangers of returning to a universe where one is already deceased but Elizabeth is determined to save Sally after leaving her to die in the vents of Fontaine's Housewares building. After leaving Elizabeth at the Lighthouse, the Luteces will row away and start singing "Row, Row, Row Your Boat" as they disappear into the darkness. She then enters the Lighthouse and is brought back to Rapture in front of the vent where she left Sally. 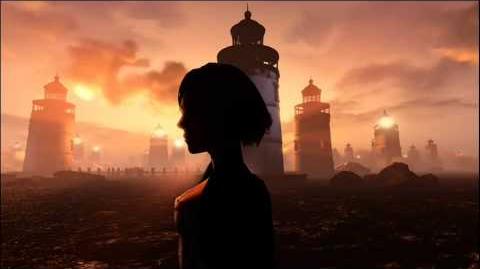 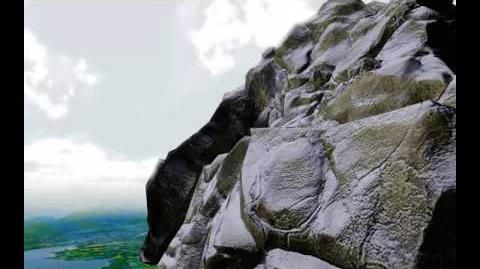 Rapture's lighthouse in the sea of doors.

An alternate Booker DeWitt and Elizabeth in the Sea of Doors.

The mountains with the wooden bridge and observatory.