Transcript: They called Slate a monster and a traitor. I know the men who died in the Hall of Heroes with Captain Slate. There is no shame to be counted in their number. The shame lies to we who assembled outside the Hall. Though we were not the ones who fell, I feel only envy for those who perished under his banner.

Location: On top of a desk inside the office at Fort Franklin. 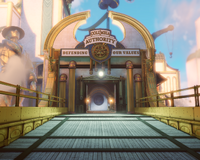 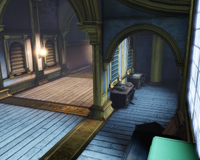 Retrieved from "https://bioshock.fandom.com/wiki/Shame_of_My_Service?oldid=267051"
Community content is available under CC-BY-SA unless otherwise noted.