The Shotgun is a weapon that appears in BioShock, BioShock 2, and BioShock 2 Multiplayer.

The Shotgun is the third ranged weapon obtained in BioShock, and can first be acquired in the Dental Services Area in the Medical Pavilion. It fires buck rounds with a wide burst and high damage that are most effective at a short range. Its main weaknesses are ineffectiveness at long range, a low chamber capacity, and a slow rate of fire. However, the damage and the rate of fire can be upgraded at Power to the People stations, making the Shotgun a far more powerful weapon. Head shots with the Shotgun will inflict 200% damage against Splicers, and when fired at point-blank range, will kill most Splicers in one or two shots.

A shotgun with the Increased Rate of Fire upgrade.

A shotgun with the Increased Damage upgrade.

Render of the stock shotgun from BioShock: The Collection. By Cordell Felix.

Render of the fully-upgraded shotgun.

Concept art for the Shotgun, by Mauricio Tejerina.

Model and concept art for the Shotgun, by Mauricio Tejerina.

The Shotgun is the fifth weapon in BioShock 2. It is acquired by Subject Delta in the Fishbowl Diner in the Pauper's Drop district. As with the rest of his weapons, Delta is able to perform a quick-melee attack with the Shotgun, dealing minor physical damage. In doing so he raises the gun in an attempt to hit his target with the butt of the weapon. Unlike the first BioShock, players are able to zoom in and aim with the Shotgun's iron sights, and its break-action mechanism (as opposed to the original shotgun's pump-action) leads to fewer shots before reloading.

A double revolver mechanism allows the weapon to fire 6 shots before reloading.

This upgrade triples the Shotgun's clip size, allowing the user to fire six shots before having to reload instead of two.

A sawed off barrel increases damage of all ammo types.

This upgrade increases the Shotgun's damage output. In addition, the sound of firing becomes much louder.

This upgrade gives each Shotgun shell a chance to electrocute the target.

The Shotgun is one of the strongest weapons in the game, with a high damage-per shot ratio and elemental powers to boot. Its versatility allows it to work in a variety of situations, and when upgraded can kill almost any enemy in under five seconds. On the downside, it's the shortest-ranged gun in the game, and is hard to manipulate effectively, especially when fully upgraded. Although definitely recommended for players who focus on close combat, it's recommended to practice with it first before upgrading.

Promotional screenshot of Subject Delta aiming a non-upgraded shotgun at a Splicer.

The Shotgun returns in its BioShock version as a usable weapon in multiplayer, and is unlocked right from the start. It is listed as a highly damaging weapon, recommended for close-range combat.

The Sawed off upgrade. 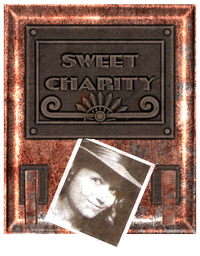