The Sky-Line is a mode of transportation in Columbia, and is comprised of suspended metal rails. It was originally created to be the city's main freight transport system.[1] Booker DeWitt could utilize the Sky-Line system to travel around the city and fight his enemies. 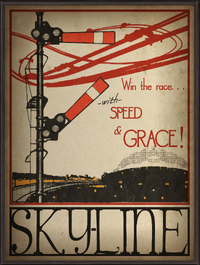 Columbia is a city suspended in the air. In order to transport goods between the floating islands faster, the Sky-Line was set up among the larger areas. Rails are suspended from buildings or by columns. When the line runs across places where it cannot be held by pillars, such as over long distances between islands, the system is kept up in the air by gates with large balloons attached to them. In a manner similar to traffic indicators, Sky-Lines are dotted with green lights these ensured that the primary path of travel is known to operators sending freight down the lines.

Originally, the lines were not meant to carry passengers. Young joy-riders were able to travel on them but often were injured from using improper tools. Formal instruments known as Sky-Hooks were later created for personal travel by attaching to the Sky-Line and riding to get to a destination quickly.[2]

Booker uses the Sky-Line to chase after Henry Saltonstall following Charles' death in the BioShock Infinite demo. In a later gameplay video, Booker uses this transport system to reach an airship, switching between Sky-Lines at will while dodging enemies and cargo shipments.

In the 2012 VGA game awards trailer, Booker DeWitt uses the Sky-Line to take out several enemies and make his way down to a Handyman. During the fight, the latter enemy latches on to the Sky-Line and electrifies it, forcing Booker to land.

During the beta gameplay of BioShock Infinite, Booker DeWitt rides along the Sky-Line, and catches himself on it as he falls, and slides along it using a Sky-Hook. He is also seen throwing enemies off of the line by meleeing them as he passes.

Between its first appearance in the early demos and the final game, some elements of the Sky-Line changed and others remained the same. The Sky-Lines in the playable game are relatively short compared to what was shown in the demos, and usually form a circular path. It was previously thought that, through the manipulation of Tears, Elizabeth had the ability to phase Sky-Line portions in and out of existence, as well as summon cargo onto the rails to clear the line of enemies. This was also cut in the final game.

While using the Sky-Line to travel, Booker and Elizabeth can accelerate, decelerate, and change directions. Booker can fire at enemies while on the rail and can also jump off to melee enemies below with his Sky-Hook. When he does this, it is known as a Sky-Line Strike. Just as in the commercial, the Sky-Line can be electrocuted by Handymen.

An early design of the Sky-Line.

A citizen riding the Sky-Line.

Every part of Columbia is connected with many Sky-Lines.

Freight car transport along the Sky-Lines.

A cargo Tear on a Sky-Line.

A promotion of Sky-Lines at the Fairgrounds. 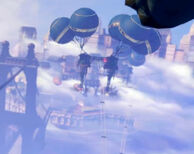 One of the Sky-Line gates keeping rails up in the air.

Booker is at the mercy of the Sky-Lines as they are dismantled.

Booker makes a death-defying leap to a Sky-Line.

Elizabeth using a Sky-Line she brought in through a Tear.

Sky-Lines on the Hand Of The Prophet. 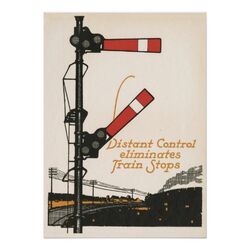