Rapture's Society was composed of people who chose to escape from the surface and live by Andrew Ryan's objectivist ideals: The Great Chain. The city was home to some of the world's most brilliant, hard-working, and creative minds, who contributed to its design and technological advances. Although many of those who were invited to the colony were renowned creators, a large number of its populace were ordinary working people who were tasked with the difficult job of building Rapture and keeping it functioning. Many of these men and women eventually found themselves without jobs once the city's construction was completed. Exploitation of the gap between the classes contributed to Rapture's downfall.

Despite differences in occupation, race, country of origin, etc., the men and women who journeyed to Rapture all had at least one factor in common: their dissatisfaction with life on the surface. Andrew Ryan, a prominent businessman with international contacts and a large sphere of influence, promised them the possibility of something better.

Ryan had long been a critic of government interference in private citizens' lives. He had escaped the violence of the Communist Revolution in Russia only to witness the all-encompassing brutality of World War II. It was the creation of the Atomic Bomb which finally prompted Ryan to abandon the surface entirely. Many shared his weariness of war politics, anxiety of forced conscription, or fear of nuclear apocalypse and followed him to the promised safety of Rapture.

Some citizens sought sanctuary from a different kind of persecution. In the underwater utopia, citizens were permitted to work, live, and behave without fear of sanctions. Groups marginalized in mid-Twentieth Century American society such as women, homosexuals, and people from various racial, ethnic, or religious backgrounds were afforded equal treatment in Rapture where only a person's ingenuity and capability mattered. As for religious practice, Ryan advocated Atheism in public, but allowed for religious freedom in the privacy of citizens' homes.

Andrew Ryan's ideals of a truly free market was a key selling point for many of the future residents of Rapture. He had personally witnessed the nationalization of private assets during the Communist uprising and later during the Roosevelt administration in America. He had had enough and sought to create the most zealously laissez-faire society ever seen; this was particularly alluring to many of the business-minded men and women of Rapture. People could sell and buy practically anything they wanted and establish businesses alike, without moral constraints and government constrictions.

Others simply sought a fresh start. Many were refugees (literal or figurative) from the second World War and its following upheavals. The idea of living in a city under the ocean filled with many technological advancements also appealed to numerous people. Rapture offered an opportunity to get ahead, to be number one; an individual could leave the critics, bad memories, or mediocrity behind, and rise to the top of society.

Before the Rapture Civil War and the "Fall of Rapture," the city had a normal population structure and setting similar to those in New York City or Chicago. Rapture was newly built with technological marvels and was infused with wealth and idealism of an active economy and new population. Most citizens lived the life of ordinary urban people, upper/middle/lower classes, with freedoms, stability and removal of the political fervor of the surface world. Much of Rapture at this time could be looked at as a utopia. However, within the population, cracks began to appear, because in Ryan's Rapture the poor could be subject to unfortunate circumstances, with few resources to draw upon to recover. A good example of this flaw were the workers who helped to build the city itself, who after the completion of Rapture were left few options but to live in Pauper's Drop, a maintenance junction for the Atlantic Express which originally served as temporary housing for its workers and then turned into affordable apartments.

Living cut off from the rest of the world and away from natural sunlight brought unexpected side effects and anxieties in the populace. To prevent citizens from leaving Rapture, and endangering its secrecy, Andrew Ryan extended an invitation to the renowned psychiatrist Dr. Sofia Lamb to the underwater city to try to solve the psychological problems.[1] He also established Ryan Amusements to educate Rapture's youth about the evils of the surface world.

Ryan was unaware that Lamb's agenda advocated altruism and "the common good". Lamb later began sponsoring very public charity operations, while Ryan saw social programs as parasitism upon the rest of society.[2] Ryan had originally expected there would be some problems while Rapture settled into his philosophy, but had not anticipated the public support Lamb would achieve. The confrontation eventually escalated when Lamb directly opposed Rapture's philosophy in public debates. Lamb's attempts to change Rapture eventually led Ryan to convince the Rapture Central Council to incarcerate her in Persephone, and allow her contrary influence to fade from Rapture's society. Like Lamb, those who Ryan, his inner circle or the Council deemed as being politically adversaries or criminally dangerous were silenced and imprisoned in Persephone.

These social stresses were then greatly exacerbated by the introduction of ADAM and its addiction, which brought society-breaking disruptions. Frank Fontaine made the opportunity of Lamb's removal to start charity works himself, and to use these problems to brutally seek ultimate power. Even though Rapture had previously weathered several major political and social "adjustments", it was Fontaine's ADAM-fueled class revolt which began to push Rapture to the brink of collapse.

Ryan's social structure in Rapture can be looked upon with amazement at its naivety or its brilliance. Anyone could get rich by earning it, but this ignored the fact that not everyone was capable of doing so. Many who did not get rich were the victims of hard circumstances, which drove many into poverty. Ryan's free market policies caused many businesses to flourish, but the competition also caused many to go out of business. Some industries, like that of construction or the building of the railroad, suddenly ceased and caused general economic distress. Unemployment forced many to live in tenement housing in Apollo Square or in the slums of Pauper's Drop. An "out for power" schemer and crook named Frank Fontaine saw this split as an opportunity to overthrow Ryan and take over Rapture for himself. He accumulated wealth using a combination of business savvy, criminal thuggery, and illegal smuggling (importing contraband goods from the surface to Rapture). This wealth allowed him to takeover various companies and then to start and drive forward his most valuable business: the ADAM Industry. He cultivated communities of the poor with charities to gain influence and support among these "have nots." In reality, Fontaine didn't care at all about the people, he just wanted the manpower of those he could easily manipulate. By 1958, Fontaine had become a dangerous rival to Ryan. After a long thwarted effort to shut down Fontaine's smuggling operation, a large fire fight between Ryan Security, led by Sullivan, and Fontaine's army of thugs and Splicers occurred in Port Neptune. The result was Frank Fontaine's (faked) death. Following this, Ryan had the Rapture City Council seize Fontaine's assets, which disillusioned many people. Fontaine, in his new persona Atlas, was free to instigate a rebellion amongst Rapture's poor and to lead Splicers against Ryan, his supporters, and the rest of the city. This effectively was a civil war, which led to freedom-restricting security measures used to fight the rebels, which would eventually destroy Ryan's Rapture. Because of the disruptions to society, large numbers of the population spliced with ADAM to defend themselves. The excessive use of ADAM, as a side-effect, drove more of the population insane, and was accompanied by hideous physical deformities. Followed by the Rapture Bank Crash, as the general populace pulled their money out of the banks it led to a shortage in commerce causing many foreclosures and shut downs of businesses across the city. This also caused major ADAM shortages. With the sudden growth of insane ADAM-deprived Splicers calling for ADAM, measures had to be taken and Ryan had to eventually resort to instituting a desperate measure during desperate times.

By the beginning of 1960 and the end of the civil war, Rapture's inhabitants were either people trying to survive, defending what they had left, or ADAM-crazed Splicers. Ryan had neutralized Atlas and taken control of many of the Splicers using a pheromone system, and had all but won the war. By this time, Rapture and its economy was in a severe state of disrepair, held together by Ryan alone. In a last effort to take Rapture, Atlas put his plan involving using Jack to assassinate Ryan into motion.

After the deaths of both Ryan and Fontaine, Jack became the leader of Rapture for an undetermined period of time. After Jack's departure from Rapture, the remaining populace, both spliced and sane, were left disillusioned with no leader or clear purpose. Many citizens choose to end their own lives during this period as many areas of the city continued to decay, while for others, survival was their only goal. This often resulted in many citizens who had made it through the war with their sanity intact to begin splicing leftover Plasmids and Tonics for protection, thus increasing the number of Splicers in the city.

This period of depression did not affect all areas of Rapture however, in some districts small businesses continued to provide services in exchange for resources. In Siren Alley, prostitutes worked in brothels like The Pink Pearl and the casino room at the back of the Mermaid Lounge still saw customers.

The Metamorphosis of Rapture's SocietyEdit

When Sofia Lamb seized power in the crumbling city years after the war, she used the population's desperation as a way to quickly build up followers, with the promise of creating a utopia. With the help of Father Simon Wales, she made her ideals easier for the spliced populace to understand by turning the Rapture Family into an almost religious group, something Wales ultimately took too seriously. She re-opened the Fontaine Futuristics headquarters and paid Gilbert Alexander and the remaining scientists there to restart the Protector program. This provided her with the large quantities of ADAM she needed for her experiments, as well as new Plasmids for her followers.

Lamb also established 'Governors' in the larger populated districts of the city in order to spread her beliefs and keep things under control. In Pauper's Drop, this power was given to Grace Holloway, who ousted Sinclair from his own hotel and made it a home for the Rapture Family. She quickly united the district's residents with the common goal of utopia.

In Siren Alley, she tasked Simon Wales with gaining control. He worked from the church he had established from the district's pumping station, but his sermons were met with resistance from the "sinners" of the Alley. The brothels and bars remained open for business while Wales resorted to stoning anyone who went against the Family or spread the word of other belief systems. 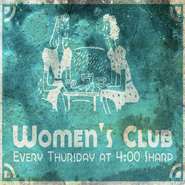 An ad for the Women's Club, an organization for the women of Rapture.
Add an image to this gallery

Retrieved from "https://bioshock.fandom.com/wiki/Society_in_Rapture?oldid=319571"
Community content is available under CC-BY-SA unless otherwise noted.