“The rise of Columbia!”
― Banner above three Kinetoscopes[src]

The Blue Ribbon is a restaurant found in the Welcome Center. It connects Shady Lane to the Comstock Center Rooftops of Columbia. 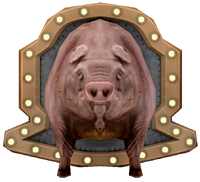 As Booker DeWitt approaches the building from Shady Lane, he is attacked by a Fireman. Defeating him yields a bottle of Devil's Kiss though another bottle can be found in the police supply box next to the gates. Waves of the Columbian police force continue to attack. The Gun Automaton can be Possessed to aid the fight or the Fireworks and Oil Slicks can be ignited with a shot or a simple cast of the new Vigor.

In the aftermath, Booker can move up to the restaurant's entrance. The entire restaurant is porcine-themed with a pig's head hanging over the door and a diagram showing the various butcher cuts on the podium. The outdoor tables contain foodstuffs and change hastily abandoned by patrons. The podium yields Pistol Ammo and a bottle of Salts.

Upon entering, Booker has a brief respite from action as he cuts through The Blue Ribbon collecting valuable supplies from the bistro's coat check station, private wine room, dining room, and kitchen. The restaurant is deserted save for a dead-drunk patron at the bar and the enigmatic gentleman and lady from before. Booker questions why the pair seems to be pursuing him, though they correctly point out that they were at the eatery first. The woman offers him the untested Shield Upgrade, which adds a defensive magnetic-repulsive field around the user. He progresses through the café's kitchen and dry storage to its loading dock just as a gunship flies by spreading the word of the event that occurred at the raffle.

If the player ordered the Season Pass, Columbia's Finest, completed Industrial Revolution, purchased the Premium or Ultimate Songbird Edition several Infusions and gear pieces will appear to aid for survival. The woman will not move out of the way until all of the Infusions are collected.

These gear are only available when the Season Pass has been purchased.

These Gears are only available when Columbia's Finest, the Premium or Ultimate Songbird Edition has been purchased.

These Gears are only available when Columbia's Finest has been purchased or when Industrial Revolution has been completed.

These items are only available when Columbia's Finest has been purchased or when Industrial Revolution has been completed.

These items are only available when the Season Pass, Premium or Ultimate Songbird Edition has been purchased.

Closed but not empty.

Rosalind inside the restaurant.

The Menu of the Blue Ribbon. 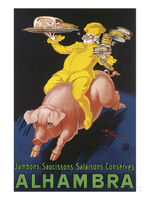