BioShock Wiki
Register
Don't have an account?
Sign In
Advertisement
in: History, There's Something in the Sea

“What is the STRANGE RED LIGHT that has been seen in coastal waters worldwide? LEARN THE FACTS! SEE THE PROOF!”
― Advertisment for somethinginthesea.com[src]

There's Something in the Sea (shortened as Something in the Sea) was a viral game that launched on www.somethinginthesea.com on March 4, 2009 as part of the marketing campaign for BioShock 2. It details the investigation and related writings of Mark Meltzer, first interested in the abductions of young girls on coasts all around the Atlantic Ocean, and later, a father looking for his own daughter who was kidnapped by a Big Sister from Rapture.

The events of Something in the Sea were divided up into three phases of Mark's investigation, each with a separate website page on which clues appeared regularly, with each update being presented as "Days". In addition to the third phase part, another viral campaign was launched, with fans who sent letters to Mark Meltzer's P.O. box being invited to solve clues and participate in real-world events.

The website was shut down in 2012, though almost all of its contents and updates were preserved at the Rapture Archives Center fan source website and displayed for fans since July 15, 2012.

Phase One: The Map[]

For a summary of Phase One, see There's Something in the Sea - Phase One: The Map.

The first phase of "There's Something in the Sea" began on March 4, 2009. It started as a simple map of the world, and over time was filled with newspaper clippings, notes, and other documents gathered by an originally unnamed person tracking the abductions and disappearances of young girls along the Atlantic coast from February to September 1967. The name of this concerned researcher is revealed as Mark Meltzer during the middle of the phase, the latter also introducing other recurring characters to the viral game.

For a summary of Phase Two, see There's Something in the Sea - Phase Two: Mark Meltzer's Room.

The second phase began on May 23, 2009, and continues the story where the events documented on the map left off. This phase takes place in Mark Meltzer's office in Montauk, Long Island, New York and chronicles his investigation to find his kidnapped daughter, Cindy, through 1968.

For a summary of Phase Three, see There's Something in the Sea - Phase Three: The Boat.

The third and final phase began on November 5, 2009, and starts where the events of the second phase left off. In November 1968, Mark Meltzer sets off on a boat from Baltimore, Maryland to continue the search for his daughter Cindy overseas.

In parallel to the final phase, Orrin Oscar Lutwidge, whom Mark Meltzer was following using a trail of clues, escaped from Tollevue Hospital in order to defeat the Red Pawn in his race to Rapture's secrets. Lutwidge gathered new members for his International Order of the Pawns, among them some of Meltzer's supporting contacts, and tasks them with solving puzzles and following his steps.

Main article: There's Something in the Sea Characters 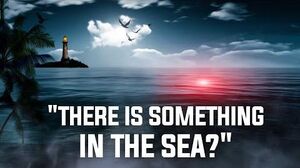 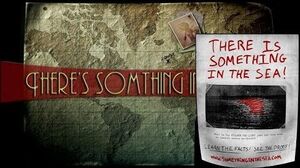