“Shhhh! He's inside”
― Warning outside of Toys department barricade[src]

The Toys department is a large store found in the Housewares building of Fontaine's.

The Toys department was one of the largest in Fontaine's, and sold a wide variety of games, figures, gifts, and other playthings to the children of Rapture. When the secret of using young girls to produce ADAM became known through out the city, Andrew Ryan used the store as a way of promoting the Little Sisters to the public by selling Little Sister dolls. Although the main products in the store were meant for kids, the area still contained promotional material for the children's parents. Advertisements for Nico-Time cigarettes, specifically aimed at pregnant women, can also be found within.

After the building was converted into a prison and sunk to the bottom of an ocean trench, the entrance to the store was blocked off by Splicers, in an attempt to contain the extremely aggressive Big Daddy inside. A sign was also placed outside the store, warning others to keep quiet while close to the entrance so as not to provoke the beast.

One of the air vents that Sally hides in is located here. Because of the impassible barricade, Booker DeWitt and Elizabeth are unable to enter the showcase. However, while traversing through the Appliances department, they find a pathway that leads to Toys' back entrance.

By this time, the duo has sealed all of the other vents, so Sally is herded to this department. Still, the girl refuses to emerge from the ductwork. In a last ditch effort, and with great apprehension, Booker turns up the heat to force the child out. Booker grabs Sally to force her out, he sees that she has become a Little Sister. She squeals for her protector, a Bouncer, who then comes to her aid.

Elizabeth regains consciousness in the Toys department after she returns to Rapture. After she is introduced to Atlas and agrees to help him return to the city, she must search the area for an exit to the rest of the building. The Toy department has suffered a lot more damage than in the previous episode, likely due to the enraged Big Daddy's confrontation with Elizabeth and its ensuing rampage. After investigating the area, she gains access to a service area not previously accessible.

A hasty, but effective barricade.

Even full-grown adults are dwarfed by the massive interior.

Get your own Captain of Industry playset.

Blue skies and toadstools at the bottom of the sea.

Don't You Want to be a Little Sister?

Storyboard for the final scene.
Add an image to this gallery

The scene of the attack.

The glow from the heating vents.

Elizabeth's end, a new beginning.
Add an image to this gallery 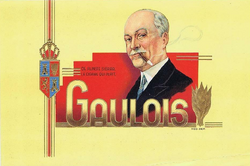 Retrieved from "https://bioshock.fandom.com/wiki/Toys?oldid=324285"
Community content is available under CC-BY-SA unless otherwise noted.