BioShock Wiki
Register
Don't have an account?
Sign In
Advertisement
in: Quotes without a source, Atlantic Express

“Attetion Workers: Have I.D. visible at all times”
― Maintenance Facility

Train Workshop 6A is a maintenance station located in the Atlantic Express. Subject Delta passes through this location during the events of BioShock 2.

Before the introduction of the Bathyspheres, the raised trains of the Atlantic Express were the primary and most expedient means of travel around the city of Rapture. Such an advanced transportation network needed constant attention and upkeep, and the Atlantic's railcars were serviced in a number of workshops just like #6A. Each day a diverse group of engineers and technicians worked along the repair platform to assemble, repair, or even scrap the fleet's coaches.

Unfortunately, many or most of these workers found themselves out of a job when the Atlantic Express was bought out and declared obsolete. The final nail came in the form of the Rapture Civil War which brought all work in Train Workshop 6A to an end and civilized society came crashing down.

Having crossed the ocean floor, Subject Delta finds himself in an airlock at the Atlantic Express Maintenance Depot. Brigid Tenenbaum welcomes Delta as he drains the seawater and instructs him to find her in the Train Station ticket booth so that she can give him information.

As the bulkhead opens, Delta sees he's not alone as a figure retreats into the distance. He exits the airlock and enters the barnacle-encrusted antechamber. Diving suits and helmets hang about the damp locker room. Delta can gather valuables before continuing ahead up some steps.

Delta enters a mechanical room, packages whizz by above him in a pneumatic tube, undoubtedly headed to the Jet-Postal. He heads toward the adjacent room but a Splicer sabotages a control panel and the bulkhead seals Delta in. Fortunately, he comes across a Hack Tool in the Tool Storage room with a hand-drawn instructional blueprint and plenty of Hack Darts from the Tool Dispenser by its side. He successfully opens the Securis door and gets another chance to hone his hacking abilities on the disabled Security Bot that's fallen out of the inventory in the next room.

From the previous area, Delta follows a menacing shadow to the Repair Platform. The cavernous room is damp, dark, and disquieting. The eerie silence is broken first by the cackle of a deranged Splicer and then by the thunderous impact of a train car as it breaks free from its supports and comes crashing down to the ground. As the dust settles around the room, a pair of Thuggish Splicers come charging out to attack. As Delta finishes them off, Sofia Lamb is heard over the PA system, "This is Doctor Sofia Lamb. Andrew Ryan is dead, but the Tyrant dwells withing us all. Remember: we reject the Gene; we reject the Self; we reject the Tyrant."

Delta can rummage around the platform for supplies. In the years following the Atlantic Express' shutdown, different citizens took refuge among the rusting control panels judging by the pair of mattresses on the floor. 16 dollars can be found on a cabinet, 6 rivets are located near a Rapture Family shrine, and a Health Station is set up on the south wall.

There's an adjoining workshop where records, blueprints, and tools were stored. Here the official management of Workshop 6A was tended to. 6 more rivets, 8 more dollars, 50 units of Drill Fuel, a bag of Potato Chips, and Andrew Ryan's Audio Diary The Great Chain Rattles can be found around the office.

The gigantic bulkhead leading forward is firmly in place and there's no other way forward. Delta heads to an office marked Gate Control to try and open the obstacle. He throws the switch but instead of unlocking the divider, he's plunged into darkness and the door is locked; Sofia Lamb has you trapped Tenenbaum warns.

The monitors surrounding the control panel spring to life and the good doctor appears onscreen, and she's not happy to see Delta again after all these years. She offers a few choice words to Delta before dispatching a band of Splicers to kill him. They shoot the windows out of the Security Office and lob molotovs at Delta. The room goes up in flames, but just before Delta perishes, the floor gives way and he's sent tumbling down to the Maintenance Runoff Pumping Station where he's safe for the time being.

The workroom in Train Workshop 6A. 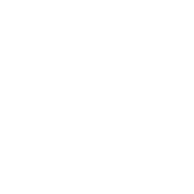 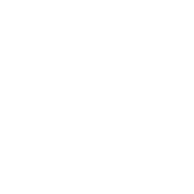