The Transit Hub was a part of the Rapture Metro. It used to connect the citizens of Rapture in the Welcome Center complex to the Medical Pavilion and Neptune's Bounty. 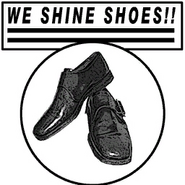 The Transit Hub provided an indirect link from Neptune's Bounty to the Medical Pavilion via the Welcome Center. The station was adorned by a grand four-faced clock suspended above the room, and there was a designated place where citizens could get their shoes shined. Working-class citizens would often pass through the Hub on their way to the ever-popular Footlight Theater after a long day's work at Neptune's Bounty. Once a bustling center of activity, the Transit Hub was rocked by the Civil War and suffered serious structural damage. Now, the main staircase has collapsed, the clock has fallen, the skylight leaks, and the area is littered with debris.

After exiting the Footlight Theater, Jack enters a corridor connecting the Transit Hub to The Footlight Theater and the Kashmir Restaurant. A Lady Smith Leadhead Splicer will dart down the hallway and open fire. Around the corner is the Transit Hub proper; a Thuggish Splicer scrounging though some trash will flip out and attack as Jack enters. Two Thuggish Splicers can be found looting a dead Big Daddy on the staircase landing; use Electro Bolt to finish them off and search all three bodies for loot.

The staircase has fallen away, so after jumping down, there's no way back. There are a few supplies scatted around the station, in the restrooms, and in the storage crates, but not much elsewhere. However, upon approaching the corridor to Neptune's Bounty, Andrew Ryan will trigger a lock down, the security gate will close, and one of the rare Flamethrower Turrets will appear from a compartment in the floor. While Atlas tries to override the security, a hole is blown in the wall on the upper floor, releasing Splicers who attack in two waves.

The first version for the prelude level of BioShock 2 was to be a recreation of the Welcome Center (including the Kashmir Restaurant) during the 1958 New Year's Eve celebrations. The Transit Hub was to be featured as well, undamaged. Subject Delta would have escorted Eleanor Lamb through here to Sofia Lamb under the pretense of an ADAM harvesting session. Assets from the Transit Hub was used in the opening cinematic at the Adonis Luxury Resort.

The grand clock now blocks the opposite stairs.

A fallen Big Daddy atop the landing.

Propaganda abounds throughout the Welcome Center.

Getting the drop on a pair of Splicers.

Splicers on the attack.

The citizens of Rapture arrive to personally greet Jack.

The bulkhead to the Medical Pavilion.

One last look at the Welcome Center.