Me, Myself and I

Hi yall. I'm your average Joe who's managed to put a few edits on this wiki in his spare time, despite not even knowing how to upload an image.

I've played BioShock 1 and 2, loved it, and am currently eagerly awaiting the sequel. I've read Ayn Rand's Atlas Shrugged in full as well as George Orwell's 1984. I recommend you only read Atlas Shrugged if you have a lot of patience, or if you're into that sort of thing. It's over a thousand pages long, you only find out who is John Galt at the end of the second third and there's this speech which lasts literally three hours. It does make quite a few interesting points, though, so if you skip the long bits it makes for a very entertaining read.

1984, on the other hand, is noticeably shorter and much more interesting in the end. It's also one of the genuinely creepy books I've read in my life. The torture scene in the end is particularly chilling. Yes, the parallels with Soviet Russia are more than a little bit obvious, but at least Orwell set up the mood perfectly.

Aside from that, I enjoy playing various other games such as the Half-Life series, Portal, Team Fortress 2, Deus Ex and Assassin's Creed. My favorite films are Iron Man, Aliens, The Dark Knight and Terminator 2.

It's official, I have too much free time. As I am writing this, I have over one thousand five hundred edits. I've spent so much time scouring the Internet for news on BioShock 2 that I practically know every detail in the game without even having played it. Whenever I ask someone a favor in real life, I start with the words "Would you kindly...". I have become, to put it simply, completely insane.

Also, as a by-product, I also possess an encyclopaedic knowledge on all things BioShock, and especially BioShock 2. If you need to know anything, anything whatsoever, from a spoiler to a minor strategy tip, don't hesitate to drop a message on my talk page.

Looking for the original version? If so, take a look here. 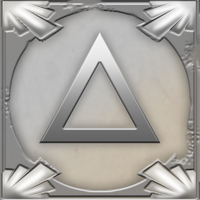 At a passing glance, this wikia may seem like most others. Editors edit, anonymous contributors contribute and the admins spend their time fixing what everyone else broke, all to a steady stream of highly creative and improbable fanfiction. Nothing too sinister, right?

You see, this all but a ruse, a front for one of the most devious organizations known to Wikia. A society so secret and so powerful, most people here know nothing of its existence (or pretend not to, out of sheer terror). Since its inception, this wiki has fallen under the cold steel boot of this callous clique and until now this dominion has remained unwavering. Following a massive purge involving nearly half of its members, I have deemed it necessary to update the roster, even if must come at the cost of my life. But I'll tell you this: they may take my life, but they'll never have my SANITY! Even I don't have my sanity! I've lost it in the couch, and I still can't find it... But I digress. Ladies and gentlemen, I present you the most insidious of institutions, the most fatal of fraternities, the most annoying of alliterations: The Cabal.

Specialty: Adminstrative duties, grammar, stabbing people through the neck with a wrist-mounted ADAM needle.
Plasmid of Choice: Telekinesis. Because stabbing someone isn't nearly so much fun as actually pulling the victim into your own personal oversized syringe.
Weapon of Choice: Her very own ADAM needle. When she's not brutally harvesting people's circulatory systems, she's using the bottle to keep her cocktails fresh. She likes Bloody Maries, wouldn't you know?

Specialty: Templates, rearranging the Wikia's internal structure, rearranging unworthy subordinates' internal organs by smashing them with a lead pipe.
Plasmid of Choice: Insect Swarm. The perfect minion: very dangerous, exceptionally hard-working and fits in most jars and storage compartments.
Weapon of Choice: To be added soon.

Specialty: High quality images, working on a Mac, putting funny moustaches on the photos of famous people.
Plasmid of Choice: Target Dummy. Because the look of the people going "wut?" at the sight of a man dancing in the middle of the seabed is priceless.
Weapon of Choice: To be added soon.

Specialty: Spotting the hidden flaw, colorful signatures, running like hell.
Plasmid of Choice: Hypnotize. As they say: the enemy of my enemy is my friend. And so is my enemy. And whoever you splat that green goo at.
Weapon of Choice: To be added soon.

Specialty: Blogging, polling, drinking ADAM out of a very long champagne glass.
Plasmid of Choice: To be added soon.
Weapon of Choice: The Pistol. A true gentleman's weapon, good for precision shooting as well as precision nose-picking. Tried doing the latter when the gun was still loaded, and spent the next three weeks at Steinman's.

Specialty: Strategy guides, news updates, staring at you from my invisible hiding spot while smiling evilly.
Plasmid of Choice: Incinerate!. For the bright lights. For the pretty colors. For the sound of people running around, screaming in agony.
Weapon of Choice: The Wrench. There is only one word that can describe the sound of caving in a foe's skull with a wrench: Splatisfying.

More information may arise at any moment, so stay put. And remember: they're watching you.

Retrieved from "https://bioshock.fandom.com/wiki/User:Willbachbakal?oldid=250164"
Community content is available under CC-BY-SA unless otherwise noted.