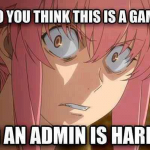 Hi, welcome to BioShock Wiki! Thanks for your edit to the The Saturnine cult page.

Regarding your changes to the Spider Splicer page, the point you made is very accurate for when said Splicer is charging at the player (particularly when there's a great distance between the two), but what about at other times?

Usually the enemy is slithering about the ceiling or wildly cartwheeling. It's impossible to land a headshot in the latter instance, and usually not worth the effort in the former. Furthermore, while the player could conceivably land a HS while the Splicer is charging from a medium to closer distance at the player, I think the point that the text you deleted is trying to make is that it's not worth the effort of lining up when a strike from the Crossbow on any part of the torso would cause satisfactory damage.

It's for those reasons that I'd recommend undoing the change to the article. Just wanted to make my point first before taking action.

I'm afraid that as far as a "Recommended Weapons" section is concerned, there will be some removal of objectivity as this is suggesting that a player follow some advice. Still, you're right that it need not be so hyperbolic. What do you think of the following:

"The Crossbow is very hard to use against this Splicer type, especially if one is trying to land a headshot. Still, a single shot will kill or severely injure them. As such, it is recommended to use Incendiary Bolts, as one shot from that ammo type will usually kill any Spider Splicer. Steel-Tip Bolts aren't recommended, although they do take out a significant chunk of health upon hit."

Retrieved from "https://bioshock.fandom.com/wiki/User_talk:Brainwasher5?oldid=293384"
Community content is available under CC-BY-SA unless otherwise noted.