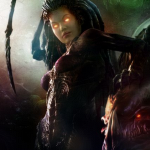 Hi, welcome to the BioShock Wiki! Thanks for your edit to the Talk:Big Daddy page.

Feel free to ask an administrator or a featured user, or leave a message on my talk page if I can help with anything! Unownshipper (talk) 16:47, March 6, 2016 (UTC)

Please don't create empty sections if you're not going to fill them later on. If you are planning to, wait with adding the sections until you have prepared more content. —Mainframe98 talk·blog·edits 17:17, July 18, 2016 (UTC)

Because it only makes the page contain more empty sections than before, and most of the time editors forget to add content for various reasons. Only when the template {{Under Construction}} (or {{Upcoming}} for unreleased content) is used, it should be considered acceptable, because it states when it was added, and that an editor will add content later. In addition, just because other wikis have a to be added section doesn't mean it is the same here. —Mainframe98 talk·blog·edits 17:31, July 18, 2016 (UTC)

Great, and it looks like you and User:Solarmech are having an active discussion. Hopefully, you, he, or whoever else will be able to reach a consensus there on the Talk rather than back and forth edits on the main page.

I know you mean well believe me, I'm not undoing your work to be a dick or anything, and I agree we should include something there about the story-related tears and the red music tears, but you can't just write it in such a badly worded and brief way. It needs more detail and better articulation. --Relativus (talk) 23:40, August 31, 2018 (UTC)

Retrieved from "https://bioshock.fandom.com/wiki/User_talk:Kelis98?oldid=310532"
Community content is available under CC-BY-SA unless otherwise noted.