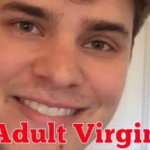 Hi, welcome to the BioShock Wiki! Thanks for your edit to the Jack page.

Let me commend you on the calculations you did to determine Jack's height based on the Wrench. However here on the site, when it comes to listing official information, it's our policy to prioritize "word of God" and in-game information over determinations made by gamers.

Jack's passport lists his height as 6' 2". We have this image, it was made by the game designers, this suggests effort, intention, and approval. Because of this, we should list his official height using this as our reference until we hear otherwise from Ken Levine or another high-ranking member of the team.

Additionally, it's a bad idea to base measurements off of everyday items found in the game. Certain items such as the revolver found outside the Kashmir Restaurant, paintbrushes from Fort Frolic, or forceps in Medical Pavilion are ludicrously oversized when compared to similar real-world objects. At first glance, it's ridiculous to think that the audio diaries were meant to be portable, convenient ways for Rapture Citizens to record their daily thoughts; that is, until you realize that the game makers made them so large so that players would be able to find them more easily. Similarly, items like the pistol and the wrench were made bigger than normal so that they couldn't be missed.

With this in mind, it's further proof that it's a bad idea to base Jack's height on anything other than the in-game info.

Retrieved from "https://bioshock.fandom.com/wiki/User_talk:Littlecupofpoison?oldid=312578"
Community content is available under CC-BY-SA unless otherwise noted.