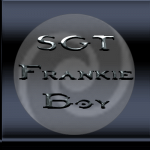 Hi, welcome to the BioShock Wiki! Thanks for your edit to the File:BioShock Infinite Bucking Bronco page.

Hi there, First thank you for uploading those audio files. Then I wanted to ask you if you had any link to where you got the files or if you extracted them yourself? That's mostly to ensure we won't get any issues regarding extracted materials coming from another website. I Also wanted to make you notice that somehow, those ogg fiels you uploaded can't be played, though they share the same format as the audio diaires and are convertible and playable in wav format (which unfortunately wikia does not recognize). I'll need to check it, but I think I had the same problem the first time I uploaded the audio files of BioShock.

Still if you find how to fix the files, can you also organize their pages like what was done for the diaries' audio files? (Here's an example: [1]. I can also deal with the categorizing myself.

Ok, thanks for the extractor, I'll try to take a look tomorrow. But for the file's page, at least add the licensing for audio materials from 2K, that's the very least to do when uploading materials from the game itself. The correspondent template should be { {2K Audio} } minus the two spaces.
Pauolo (talk) 19:12, April 2, 2013 (UTC)

Thanks a lot for all your help, it's working fine now. I really didn't expect to have the audio files uploaded so soon on the wikia, but I believe it's gonna take longer to extract the characters' portraits. Still, for now I'll see to have a modified template for the voxophones, so we can add their date of recording.
Pauolo (talk) 19:28, April 2, 2013 (UTC)

I have the best list you could ever find: search in Infinite's game files for the XGame repertory, then Localization, INT and then open PreCoalescedItemAssets.INT
Among other in-game texts, you can find there all the voxophone transcripts with their respective informations.
And for the template, well I took a look at its program and there's a lot of cleaning to do, it's a bit more complex than what I expected, but not something unmanageable. I'll have a look at it tomorrow.
Pauolo (talk) 19:49, April 2, 2013 (UTC)

On a note I wished the English game texts were as much easy to find in Bio 2 as they are in Infinite, because they also contain a shit load of unused transcripts from removed diaries and radio messages, even telling a different plot or a completely different level.
Pauolo (talk) 19:52, April 2, 2013 (UTC)

Ah yes Gildor, MegaScience told me about him two weeks ago. I really hope he can help us extract a lot of textures, weapons/vigors/gears icons. By the past we used whatever the people behind game-archivist.com and rapture.org managed to get, and that helped us a lot, mostly for those damn portraits. They even found more than expected. Pauolo (talk) 20:09, April 2, 2013 (UTC)

I really don't have much time right now, but I'll check on them tomorrow, and will also make sure the transcripts themselves are correct, errors happen all the time around here. Pauolo (talk) 21:50, April 2, 2013 (UTC)

Just adding something to your concern, MegaScience found this voxophone among the other game texts, which obviously wasn't used:

[TestAudioLogItem XAudioLogItem]
Transcript=\"How is it that we of columbia are so careful with the pedigree of our dogs and horses and then leave the ancestry of our children to blind sentiment? A lovely young woman could be riddled to the core with feeble genetic code. Here genes could breed criminals, paupers, and bedlamites if not rooted out of the genetic pool! Citizens should not choose mates for themselves!\"
LocationFound=\"The Little Red Bottle\"
DateOfRecording=\"February 15, 1914\"
ItemName=\"1) GOOD GENES RANT\"
ItemDescription=\"Jimmy Jampot\"

You might wanna recheck that one A product like any other. Also watch for the capital letters, but I can take care of rectifying those errors later so not a big bother. Anyway leaving for today, and thanks again for all your hard work. Pauolo (talk) 22:46, April 2, 2013 (UTC)

Yes, you were mistaken me for someone. For the record, I am changing some of the "repeated" voxophones into redirects to the proper pages.--Drgyen (talk) 09:12, April 3, 2013 (UTC)

Hi, sorry to bother you but I wanted to ask: since you uploaded the voxophone audio files on the wikia, could you also help us upload the 5 extra ones included in the Clash in the Clouds DLC? If you don't have said DLC nor wish to buy it, please tell me how you got those audio files and I'll do it myself. Pauolo (talk) 11:09, September 14, 2013 (UTC)

Thanks, I'll be checking that. I was also thinking the audio for the DLC might be stored something somewhere else, and it turns out it's probably inside DLC\DLCA\Audio\Packs\English(US)\CombinedStreaming_DLCA_LOC.pck, which means for me less files to check out. I remember using some tool to open those .pck archive files, so it won't be too much trouble for me.
Pauolo (talk) 12:05, September 14, 2013 (UTC)

Retrieved from "https://bioshock.fandom.com/wiki/User_talk:Sgt_frankieboy?oldid=314025"
Community content is available under CC-BY-SA unless otherwise noted.