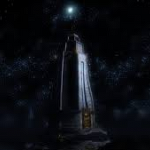 Hi. I saw you recently removed that Booker DeWitt is 1.85 meters tall. And yeah, it is not a realistic number. But so isnt 6.1 feet then, since 6.1 feet = 1.85 meters. So, either both numbers are wrong or Booker is one hell of a guy. JUst please dont remove the info again. Thanks.Edit

Hey, I'm sorry about that. The "latest revision" page showed that meter height had been removed, so I sought to restore it. Guess you just beat me to the punch, and I didn't notice. Sorry agian, my intention was only to put it back. TheLighthouse (talk) 13:47, September 26, 2016 (UTC)

Regarding this, your block has been removed. Please know it is nothing personal. —Mainframe98 talk·blog·edits 14:05, September 26, 2016 (UTC)

Hi. Actually, you weren't the one removing numbers, but the changes page with the little magnificient glass is a bit confusing, so it looked like it was you. Sorry.

Put it in the talk section then.

How many assassinations of superiors can you cite. you should be able to quote hundreds or thousands for it to be chronic/endemic as you assert.

A few incidents ... one in a thousand, one in ten thousand  of a assassination of a superior... (and then of those cite the ones attached to corruption rather than other motives)

Your basis is Anecdotal, but no pattern in the case of the fictional event this is all about.

NOT assassination.   For it to be near 'corruption' someone caused it to be done (usually to protect a some lucrative operation - but where is that here).  But things like that especially against high officials werent really done bacause it brough major heat down on the perps and the people behind it.

THIS looks like a case of  assassination for self advancement (which is a criminal act not corruption).

If it was done for someone else who would that be ?

Someone who thought  Jefferson Poole was too soft on the Vox ?  sided with them ?? a Founder, even comstock himself?

Vox Assassination of a effective opponent/nemesis ??  A Vox supporter ?

Neither of those is 'corruption'.

Your assumption is speculation and equates 'perfectly mirrors' it with something that is an incorrect generalization.

You need to go do some research about the difference between 'crime' and 'corruption' which you will find are two different things.

Your lack of evidence of any pattern for assassination in America in that era or any other is proof enough of your assertion being baseless.

You've categorized your user page in the categories "Door", "Constant" & "Editor". None of these exist. Can you remove your user page from those categories? They keep appearing in Special:Wantedcategories. Mainframe98 (talk) 10:41, January 29, 2015 (UTC)

Retrieved from "https://bioshock.fandom.com/wiki/User_talk:TheLighthouse?oldid=289719"
Community content is available under CC-BY-SA unless otherwise noted.